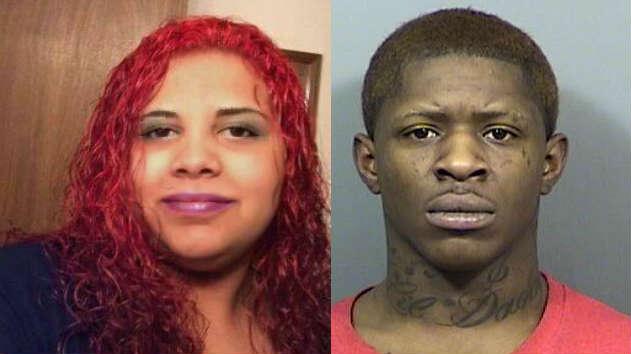 Kenneth Thomas, 19, is charged with First Degree Intentional Homicide for allegedly killing Saaed Sharwani, 65, during a gas station robbery in Waukesha on January 10, 2015. Police believe Thomas and his accomplices may be responsible for at least five other robberies throughout Southeast Wisconsin.

Court documents say Thomas and Darrin Malone, 28, were driven to Waukesha by Jerica Cotton, 23, on January 10. The complaint says Cotton drove the group from Thomas' apartment in West Allis to the Citgo gas station at Moreland Blvd. and White Rock Ave. in Waukesha. Cotton told investigators Thomas asked for her for the ride, and promised to pay her $50. Thomas allegedly gave Cotton directions to the gas station, and instructed her to park her car down the street from the gas station. Cotton told police both Thomas and Malone got out of the car and walked down the street to the gas station wearing green masks.

The criminal complaint says Thomas told police that Sharwani ran out as he climbed over the counter. Thomas alleges Sharwani grabbed him and the next thing he knew the gun went off. Thomas says he grabbed the money and ran from the store stopping only to pick up his mask and hat. The complaint said Cotton heard Thomas say, \"I just shot the dude.\" after he returned to the car. In the complaint Thomas says he didn't try to kill the \"dude\", and thought the gun's safety was on. Both Thomas and Cotton say the group got lost in Waukesha for a short while before finding the interstate and heading back to West Allis. Once back in West Allis, Thomas alleges Cotton told him she needed \"a cut\". Cotton has been charged with Felony Murder as party to a crime.

During an interview with police, Cotton says Thomas and Malone left their masks and hats in her car. In the complaint she admits to dumping the evidence in a garbage near 27th and Kilbourn Ave. in the City of Milwaukee.

Waukesha police are asking for the community's help in locating Darrin Malone who is considered armed and \"extremely dangerous\". We're told Malone has no known ties to Waukesha. The owner of the Citgo gas station Thomas and Malone allegedly robbed is offering a $5,000 reward for information leading to the arrest of Malone.

Bail for Thomas has been set to $1 million during a court appearance on January 19. The Waukesha County judge who set bail that high, because Thomas is suspected of being involved in other robberies in Southeast Wisconsin. Police currently believe Thomas and his accomplices are responsible for at least six robberies in West Allis, Milwaukee, Waukesha, and the Town of Brookfield. In addition to the Waukesha gas station robbery, police believe Thomas and his accomplices fired multiple shots during a January 10 robbery in the Town of Brookfield. Police believe the group of suspects are also responsible for three West Allis robberies from September 2014 to January 2015. The group is also suspected of committing a bank robbery in the City of Milwaukee.

A Waukesha County judge set bail for Jerica Cotton at $250,000. She is charged with Felony Murder and Armed Robbery. If convicted, Cotton could serve up to 80 years in prison.

Thomas is charged with First Degree Intentional Homicide, Armed Robbery, Possession of a Firearm by a Felon, Providing a Dangerous Weapon to a Person Under 18, and First Degree Recklessly Endangering Safety. If convicted on all counts, Thomas could serve life in prison.