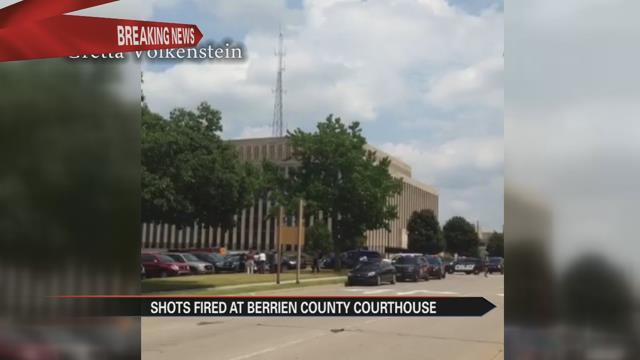 Authorities have confirmed three were dead after shots were fired in Berrien County Courthouse.

A Berrien County Commissioner told Vahid Sadrzadeh on scene that a man who was on his way to jail took a gun off a deputy and started opening fire.

At least one person has taken to Twitter about the incident.

There is an active shooting happening in the #BerrienCountyCourthouse please RT this is where I work.