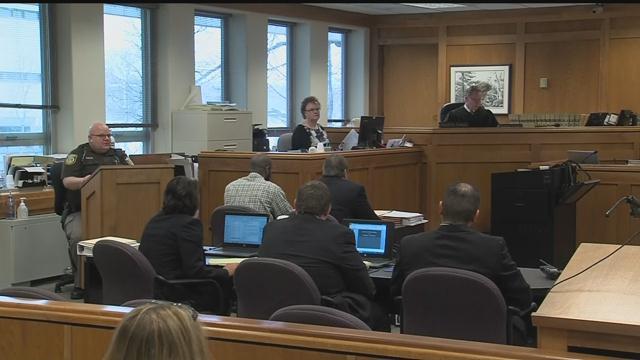 Opening statements began in the shooting death of 65-year-old Saeed Sharwani, who was killed in a gas station robbery.

Darrin Malone is being tried for the case.

This shooting happened back in January of last year when the clerk, Saeed Sharwani, was counting money to close up for the evening.

Attorneys spoke about how a citizen saw the victim and tried to help him.

The next day West Allis police say they were serving a search warrant to Kenneth Thomas and found a gun, a mask, and the pants and shoes the shooter was wearing.

Police say Thomas admitted to the crime and claimed Darrin Malone was part of the crime but attorneys for Malone said, there's no evidence.

An Waukesha officer took the stand talking about how the victim was able to communicate with him before he died.

"I asked the victim if he was shot he nodded his head up-and-down to say yes I asked him how many individuals were there he raised his fingers up to indicate two suspects," said Officer Steven Cizinsky, Waukesha Police Officer.

The case is expected to call many other witnesses and more officers to the stand.