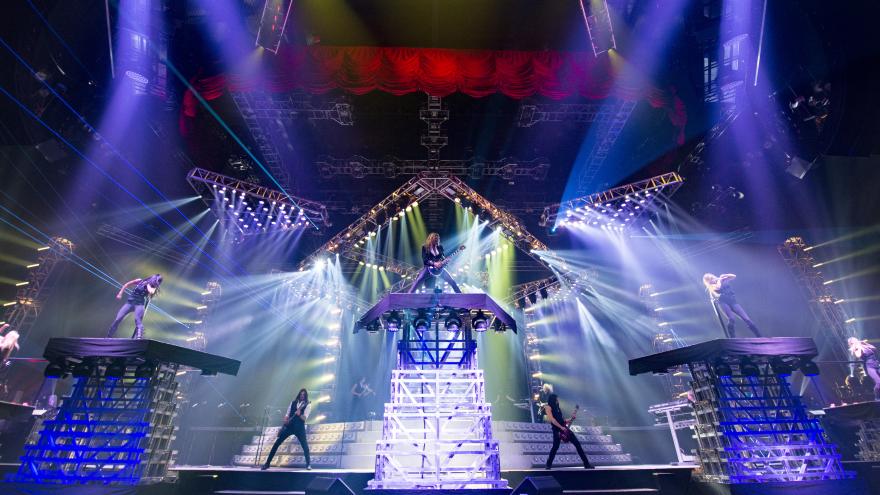 MILWAUKEE (CBS 58) -- The Trans-Siberian Orchestra today announced its highly-anticipated Winter Tour 2017. Over the past 20-plus years, Trans-Siberian Orchestra has become a critically-acclaimed, multi-platinum, musical powerhouse, and its annual winter tours a beloved, multi-generational holiday tradition. 2017’s tour, a completely updated presentation of TSO’s unforgettable “The Ghosts of Christmas Eve,” is set to begin on November 16 and will visit more than 60 cities, for 100-plus performances, before concluding on December 30.

Live Nation is proud to welcome TSO when they return to Milwaukee for their 2017 North American tour. The BMO Harris Bradley Center will host two spectacular shows December 29 at 3:00 p.m. and 8:00 p.m. Tickets for both shows go on sale Friday, September 15 at 10:00 a.m. with a portion of the proceeds benefitting Hunger Task Force.

TSO’s tour will be a celebration of the art and accomplishments of the lauded group’s late creator/composer/lyricist, Paul O’Neill, and his inimitable creation, which he dubbed “Rock Theater.” Prior to his untimely passing, O’Neill worked tirelessly with his close-knit team preparing an exciting new take on “The Ghosts of Christmas Eve” for the 2017 tour. Beginning November 16, fans will experience this exciting stage spectacle, including new awe-inspiring effects, and staging, certain to make the story even more engaging for fans.

“We’re thrilled to bring Trans-Siberian Orchestra back to the BMO Harris Bradley Center, a holiday tradition we’ve had dating back to 2003,” said Steve Costello, the Center’s president and CEO. “Our fans won’t want to miss hearing their favorite holiday songs in a way that only TSO can deliver.”