WASHINGTON (AP) — The Latest on the accident involving a train carrying lawmakers to a policy retreat in West Virginia (all times local):

WASHINGTON (AP) — A chartered train carrying dozens of GOP lawmakers to a Republican policy retreat in West Virginia struck a garbage truck in a rural Virginia town on Wednesday. No lawmakers or aides were reported injured, but the White House said one person was killed and another was seriously injured.

Lawmakers said the fatality appeared to be someone who was in the truck. One lawmaker who was aboard the train, Rep. Tom Cole, R-Okla., said the vehicle had been ripped in half and said he saw a person wrapped in a tarp and said emergency workers appeared to be "putting a body away."

Amtrak spokeswoman Kimberly Woods says there were no reported injuries to passengers or crew members after the incident, which happened around 11:20 a.m. in Crozet, Virginia. Crozet is about 15 miles west of Charlottesville. 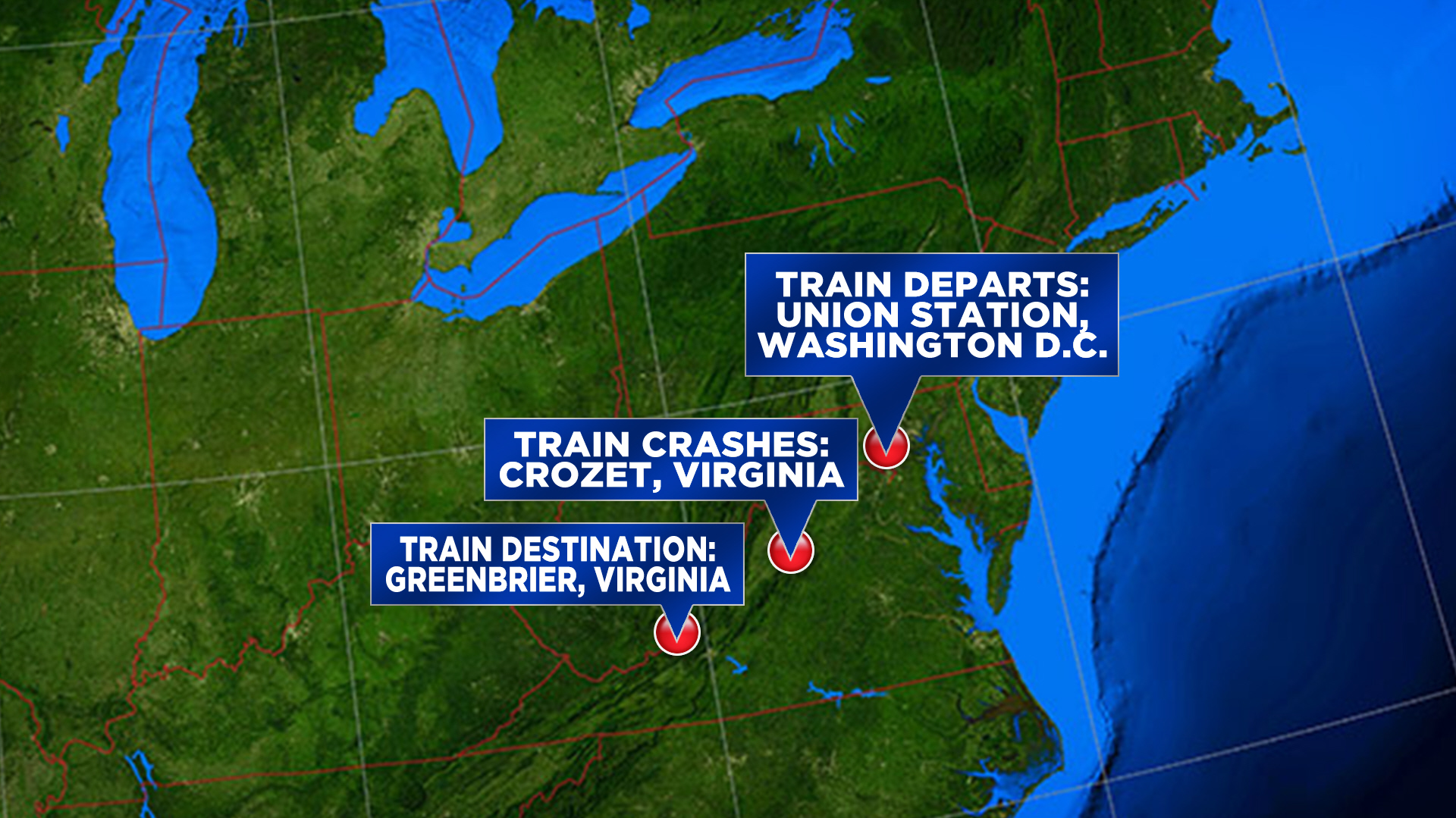 Cole said he felt "a tremendous jolt" when the accident occurred at about 11:15 a.m. EST, nearly two hours after it left Washington headed to the Greenbrier resort in White Sulphur Springs, W.Va. The policy retreat, an annual event, is scheduled to last three days and feature speeches from President Donald Trump and Vice President Mike Pence.

Cole said the train stopped quickly after impact. He said several GOP lawmakers who are doctors got off the train to assist, including Rep. Brad Wenstrup, R-Ohio, who was also at last June's shooting of Republicans at a baseball practice in nearby Alexandria, Virginia, and treated some of the victims.

Cassidy later tweeted that there were three people on the truck and "one is dead."

House Speaker Paul Ryan, R-Wis., was on the train and was unhurt, aides said.

Today’s incident was a terrible tragedy. We are grateful for the first responders who rushed to the scene and we pray for the victims and their families. May they all be in our thoughts right now.

Jim Sensenbrenner, Glenn Grothman, and Sean Duffy were also on the train and uninjured. CBS 58 has confirmed Congressman Mike Gallagher and Senator Ron Johnson were not on board. 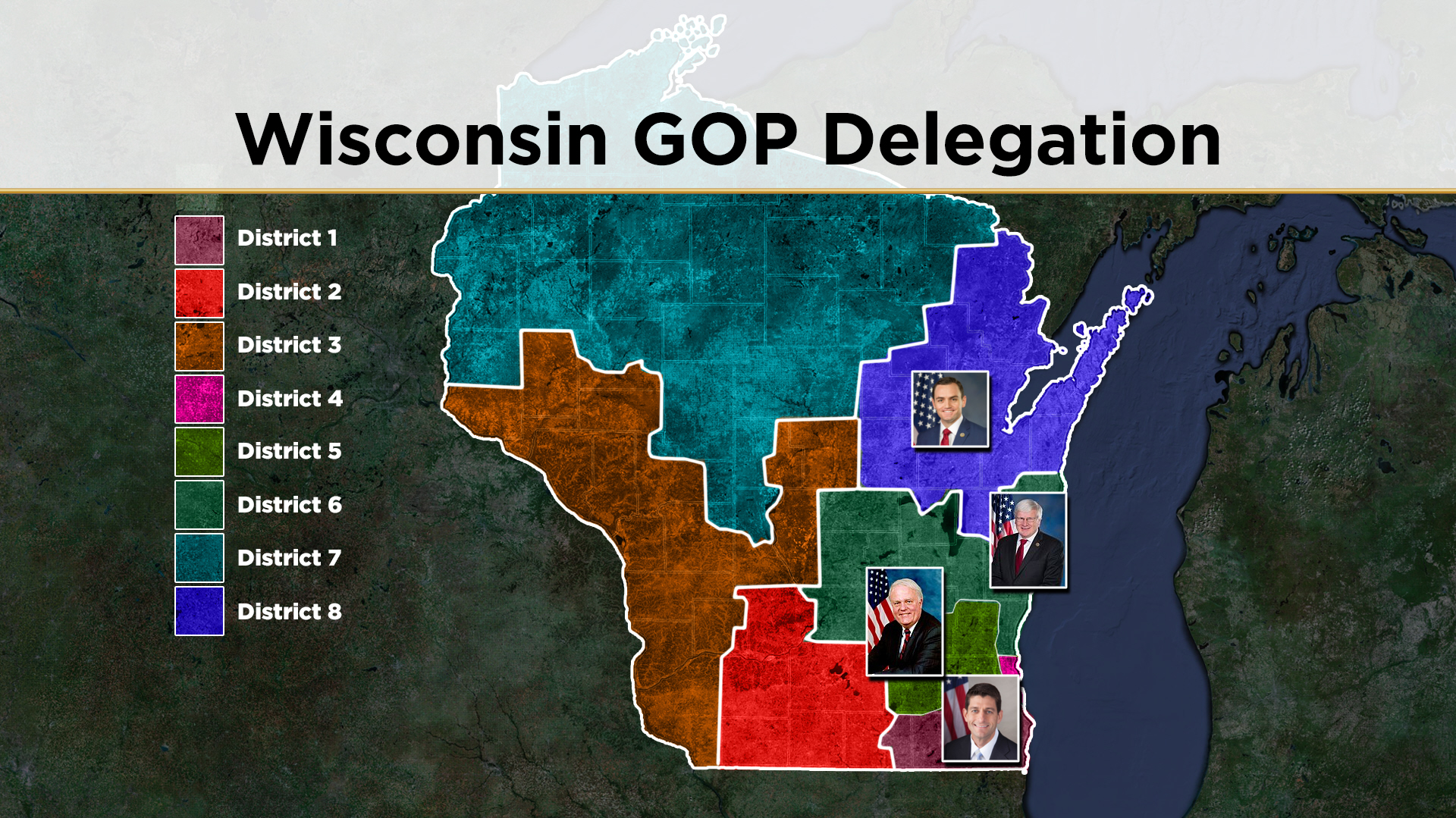 "There is one confirmed fatality and one serious injury," but no injuries to lawmakers or their staffs, she said.

"Our thoughts and prayers are with everyone that has been affected by this incident," Sanders said.

Rep. James Comer, R-Ky., said about 100 Republican lawmakers were on the train when the crash occurred, which made him jump out of his seat.

Comer said Capitol Police quickly jumped off the train, but came back and asked for any doctors to help. Comer said U.S. Reps. and Brad Wenstrup — all medical doctors — rushed to help, including performing CPR on one person.

It was not clear when lawmakers would resume their trip to their retreat.
------

One GOP source was unsure how many members of Congress were on the train or how many people were injured, but said there were injuries.

A GOP aide said that none of the lawmakers on the train were injured.

Wisconsin Congressman Glenn Grothman tweeted that he was on the train, but is unharmed.

I was on the train this morning, but I'm unharmed. Please keep the driver of the truck in your prayers.

Congressmen Sensenbrenner and Duffy were also on the train and are okay. CNN is reporting that Paul Ryan was on the train too and is not harmed.

Rachel, the kids, and I are okay but we are awaiting more details and praying for those who were in the truck

Senator Ron Johnson was not on the train.

The train left from Union Station in Washington earlier Wednesday.

Amtrak released a statement that said there were no reported injuries to passengers or crew members:

"An Amtrak train came into contact with a vehicle that was on the tracks at 11:20 a.m. on Cozet, Va. There are no reported injuries to passengers or crew members. Local law enforcement is investigating the incident and crews are inspecting equipment for damage. The train originated in Washington, D.C. Updates will be provided as new information becomes available."
Share this article: