Town of Waukesha debating supervisor's use of Skype 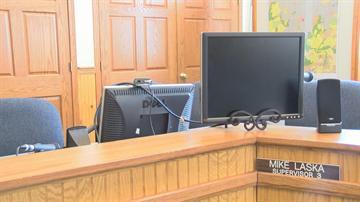 TOWN OF WAUKESHA -- You can video chat with a friend or relative with a smart phone right from the palm of your hand.  But can you  properly help run local government using the same technology?  That's up for debate in Town of Waukesha.

\"It's not what we were elected for,\" Town Chair John Marek said.  \"The people expect us here.\"

But Marek says Supervisor Mike Laska isn't here physically.  Laska lives in Texas from November through April and uses Skype to video conference into board meetings.

Marek tells CBS-58 the Wisconsin League of Municipalities looked into the town's situation.  State law doesn't  technically prohibit Skype use, but it doesn't endorse it either.

\"We could be violating open meetings laws and subjecting every decision, every action by the board, to a legal  challenge,\" Marek said.

By law, Laska can serve as a board member as long as he lives a majority of the year -- six months and one day -- in his district.  CBS-58 called, emailed and stopped by Laska's Wisconsin home, but never got a response.

\"How could he possibly address the concerns, for instance of snow and ice on the roadways when he's one thousand  miles away in Texas,\" Marek asked.

\"[Skype]'s used in government, it's used in private business and it's used by families all over the world,\" Supervisor Joe Banske said.

Banske stands up for Laska. He thinks email and video conferencing allows Laska to fulfill his duties.

\"Mike is an outstanding man of character,\" Banske said.  \"He has participated in every meeting.  He routine attends staff meetings  as well as town board meetings.\"

Laska doesn't plan to run for reelection this spring.  Even so, Banske worked on several ordinances that would limit Skype use to three times a year, hoping to address any future concerns.

\"Skype is not the greatest video conference technology out there, but it is also a free technology so the town bears  no cost,\" Banske said.

Marek remains firmly against any Skype use.  He hopes to draft an ordinance that bans it outright.

\"It should be eliminated, we should have an ordinance to prevent its use,\" Marek said.  \"The townspeople do not want it used that  way.\"