July 5 & 6: Tom Petty and the Heartbreakers Coming to Summerfest 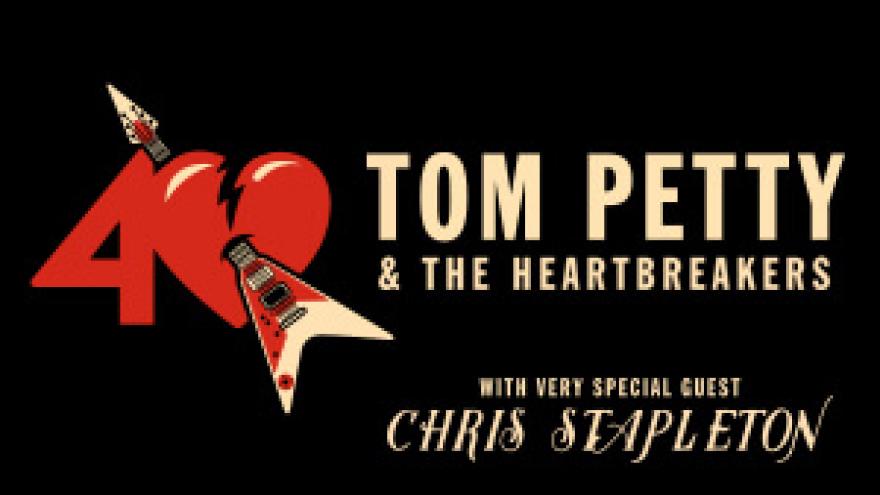 Tom Petty and The Heartbreakers, a Summerfest favorite and one of the most iconic bands in American music history, have announced the first dates of their 40th Anniversary Tour, which includes TWO shows, Wednesday, July 5 and Thursday, July 6, at the Marcus Amphitheater. Joining them for both performances is breakthrough country artist Chris Stapleton, returning to Summerfest as a very special guest.

Serving as one of the band's biggest markets, Summerfest is excited to welcome Tom Petty and the Heartbreakers back to Milwaukee to celebrate a momentous 40th Anniversary Tour at the 50th Summerfest!

Tickets for both shows on Wednesday, July 5 and Thursday, July 6 at the Marcus Amphitheater will go on sale to the general public on Friday, December 16 at 10:00 AM CST and include Summerfest admission. Tickets can be purchased at the Summerfest Box Office in person and by phone at 1.414.273.2600, Ticketmaster Ticket Centers, Walmart stores, online at Ticketmaster.com and by phone at 1.800.745.3000 (live Ticketmaster Agent) or 1.866.448.7849 ("Ticketmaster Express" automated phone line).  Patrons may also utilize "ticketfast" at Ticketmaster.com to print barcoded concert tickets from home.  Convenience fees may be added to all purchases.

Special pre-sales for Tom Petty and The Heartbreakers Highway Companions Club members will begin Wednesday, December 14 at 10 AM CST.