Toddler's Mother: Dispatcher is 'Our Hero' 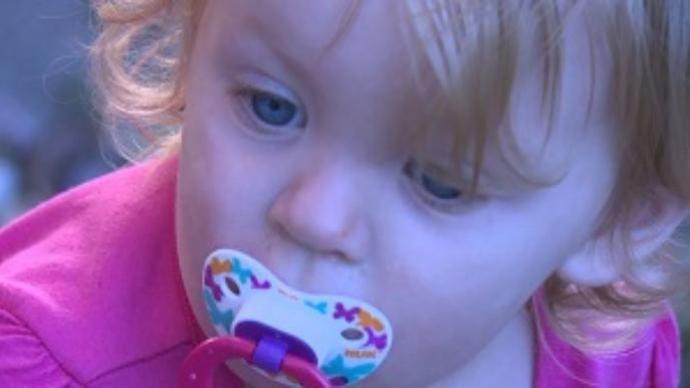 WISCONSIN RAPIDS, Wis. (WSAW) -- A Wisconsin Rapids, Wis., woman called a Marathon County dispatcher a hero after he talked her through how to save her 18-month-old from choking to death.

"At that point, I was watching our lives flash before our eyes," Rachel Renner said. She described the moment her daughter, Riley, swallowed her sister's plastic ring.

"There's blood and vomit and I'm spazzing out trying to remember what I learned to do," Renner said.

However, in an instant of panic, it was a stranger's voice that reminded her.

"Let's do this together. We'll work through this. I'm gonna help you," Marathon County Dispatcher Chad Zerkle said.

Zerkle described how he walked Renner through the crucial steps.

Renner said all it took was a minute and a half, between Riley swallowing the ring, until they finally heard her start to cry.

"You hear that cry, and you know that child's OK," Zerkle said.

"She's back to her normal spunky self and still trying to stick stuff in her mouth, but definitely been paying more attention to that.," Renner said.

Since the scare, Renner is more attentive and grateful for Zerkle's calming voice over the phone.

Renner said Zerkle is a hero, but Zerkle said it's his job to help people.

"He doesn't want to be called a hero, but he's my hero and Riley's hero and always will be," Renner said.