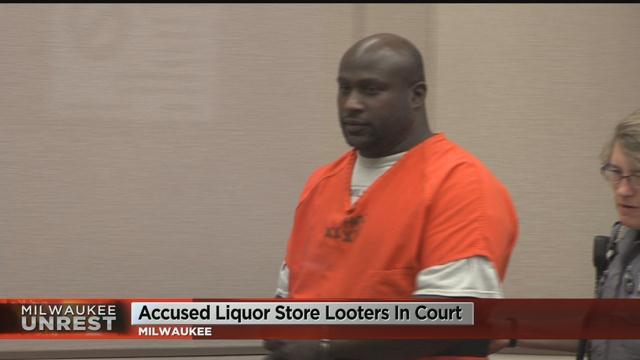 Three people charged with crimes during the unrest in Milwaukee appeared in court Thursday morning.

Durell Jones is charged with burglary and was bound over for trial during a preliminary hearing. Joseph Lindsey and Devon Love had a scheduling conference on a charge of entering a locked building.

All three men are accused of looting Clark Beer and Liquor on August 14.