“This is sweet. We got this:" 3 facing Felony Murder charges after killing man, setting fire to his house 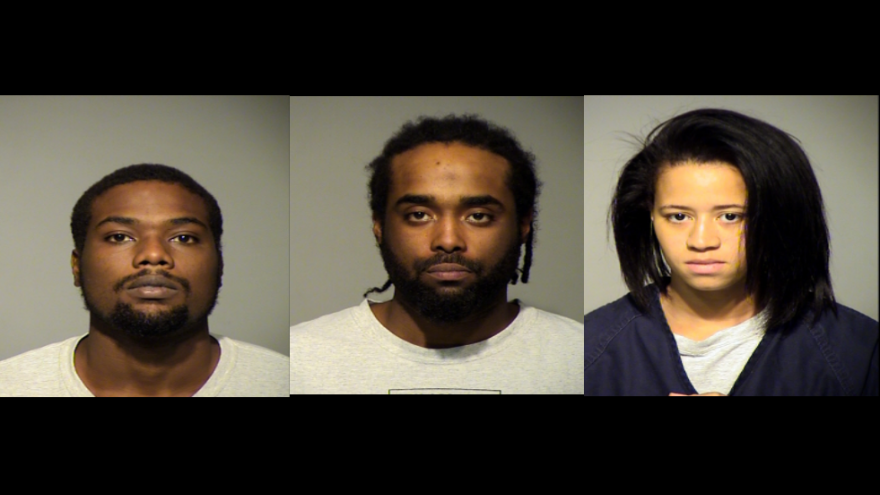 Three suspects are now facing charges after robbing and killing a man and returning later to set fire to his house.

Ladarius Boyce, Quincy Qualls, and Ebone Spencer all from Milwaukee are now facing charges of Felony Murder, Arson of Building, and Mutilating a Corpse.

The Milwaukee police and fire departments responded to a fire, shortly after 2 a.m. on July 3rd in the 2100 block of S. 28th Street. They located an elderly man unconscious underneath a burning blanket on the floor in one of the bedrooms.

According to the criminal complaint, the man's hands were bound behind his back with heavy chains. His ankles were also bound with chains. The man appeared to have been severely beaten and his hands and feet were severely burned. He was pronounced dead at the scene.

During a traffic stop, Ladarius Boyce was taken into custody for violating probation. Boyce had several minor children in his car when he was pulled over. At Boyce's request, police called the child's mother, later identified as Ebone Spencer, to the scene to take custody of the children.

A short time later, Spencer and Quincy Qualls showed up at the traffic stop in the victim's missing Ford SUV. They were taken into custody.

During interviews with the suspects, Qualls allegedly told police that Spencer told them that the victim had money and a car and that getting these things would be easy. Spencer also allegedly told the others, "This is sweet. We got this."

Spencer told police that she could not sleep out of worry that the victim was not alright. Spencer also stated she felt bad and did not want the victim’ to rot in his residence. Spencer stated that she thought if they started a fire, the police would find him.

The three suspects have a Preliminary Hearing on August 1st.