Thigh Gap Obsession: What Parents Need to Know About the Dangerous Trend 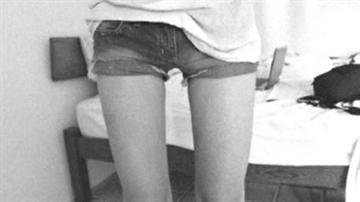 OCONOMOWOC-- The images are everywhere-- from Pinterest, to Instagram, even Target catalogs,  Real or photo-shopped, many know it as the \"Thigh Gap.\"  The photos-- so disturbing, social media sites issue a warning, but it's not enough to stop some young women from trying to get one.

Theresa Watts is recovering from Anorexia Nervosa.  She developed an eating disorder five years ago when she was fourteen.

\"I remembered checking every morning to see if my legs were getting farther and farther apart,\" said Theresa.

Theresa recalls losing half her body weight within a matter of months during her sickest phase.

\"She physically did not look like the same person at all,\" said Jeanne Watts, Theresa's mother.

When Theresa first checked into Rogers Memorial Hospital she was at high risk for sudden cardiac death.

Doctors at Rogers Memorial say Theresa is just one of many patients they've seen who tried to achieve this impossible standard.

\"We know that genetically, most people will never have the thigh gap,\" said Dr. Tracy Cornella-Carlson, Medical Director of Child and Adolescent Eating Disorder Services at Rogers Memorial Hospital.

\"When someone is malnourished almost every organ in the body is affected.\" 29:05

For patients like Theresa-- the recovery process can be painful.

\"You feel like your stomach is just being ripped open, it's awful, definitely something I would never want to go through again,\" said Theresa.

Five months later-- Theresa is in a much better place, physically and emotionally.

\"We have seen our daughter come back,\" said Jeanne, \"the joy is coming back into her life, the happiness, the fact that she has something.\"

As Theresa gets ready for college-- she has this message for young women who feel pressured to be dangerously thin.

\"I know there's so much pressure on being the thinnest and the prettiest and the perfect hair and the best outfit, who has the greatest clothes, but it's not about that at all,\" said Theresa, \"it's about quality of life and enjoying yourself.\"