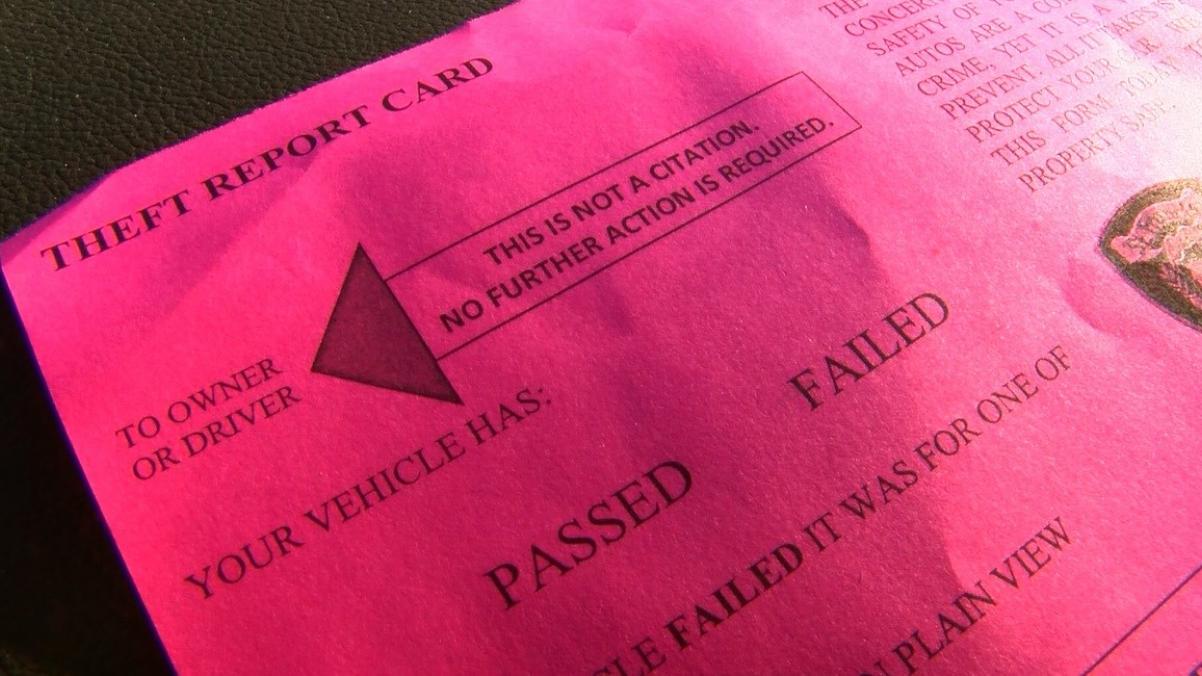 Car break- ins are more likely this time of year because people are shopping for the holidays and leaving valuables in their cars. But police in St. Francis are trying out a new program in an effort to reduce the number of break in’s.

Officer Shane Czerniakowski is one of the officers who came up with the program after learning about a similar one at a police conference.

He says officers now stop to check parked cars to see if there anything of value in plain sight.

“I’m not opening the doors or checking on the doors, but I am visually seeing if the locks are unlocked or not, and also looking for anything of valuable in view,” Czerniakowski said on a routine check Thursday.

Czerniakowski says they typically will see gps systems, cd’s and phones out in plain view. There are also more holiday gifts left in cars this time of year too.

But he says even little items like a phone charging cord could be a signal to a crook that you have something else value in your car.

“Just having those plugged in, hanging out, gives a thief an idea like maybe there is something else in the glove box or console that goes with that charging cord,” Czerniakowsk explained.

Officer Czerniakowski says it’s best to secure all items big or small in your trunk or take them out of your call all together.

As far as the program is concerned, those who have visible items of value are given a failing grade, and are left with notes on how to better secure their items.

Those who don’t have anything in plain site are given a passing grade and can be entered into a monthly drawing to win prizes like gift cards. It’s a small incentive that Czerniakowski hopes will get people into a better habit of personal security .

The St. Francis Police Department has gotten a positive response from the program and plan to continue it year round.