The Latest: CIA says no JFK records will be withheld in full 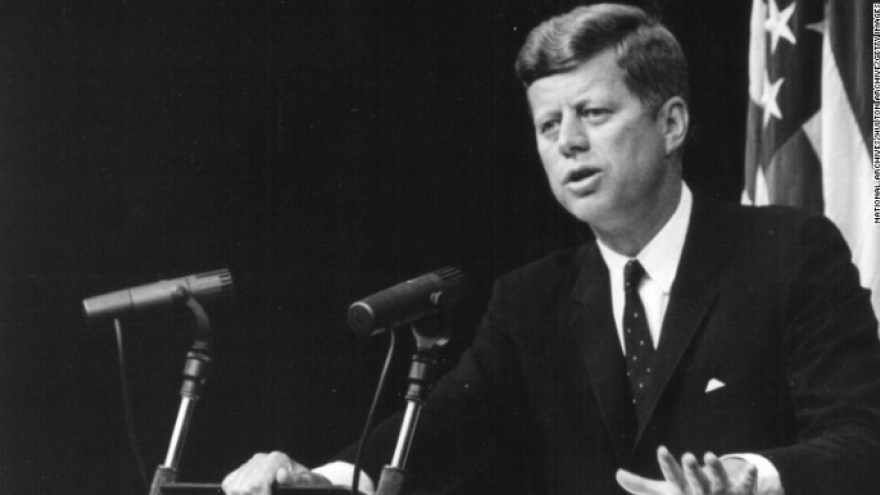 WASHINGTON (AP) — The Latest on the scheduled release of long-secret documents about the 1963 assassination of President John Kennedy (all times local):

The CIA says more than 69,000 of the more than 87,000 CIA records pertaining to the assassination of President John F. Kennedy have already been released in full. Many of the records contain multiple pages.

In a statement Thursday evening, the agency said none of the 18,000 remaining records will be withheld in full and that the redacted — or blacked out — parts of these remaining records represent less than 1 percent of the total CIA information in the assassination-related documents.

Senior administration officials say the CIA and the FBI made most of the requests to continue to withhold information from the release of the last trove of secret files about the assassination of President John F. Kennedy.

The collection includes more than 3,100 documents — comprising hundreds of thousands of pages — that have never been seen by the public. About 30,000 documents were released previously — with redactions. The National Archives is to release 2,800 of the remaining records now.

President Donald Trump has asked all agencies, including the CIA and FBI, to go back and review their suggested redactions so that even more of the material can be released in coming months.

A 1992 law required all government records related to the assassination to be "publicly disclosed in full" within 25 years. The deadline was Thursday.

President Donald Trump is delaying the release of some files on the John Kennedy assassination that were due to come out Thursday. He's approved 2,800 other records for release.

White House officials say Trump will state in a coming memo that he had "no choice" but to keep others secret because of national security concerns. He's having those records further reviewed for the next six months.

Officials say Trump will impress upon federal agencies that JFK files should stay secret after the six-month review "only in the rarest cases."