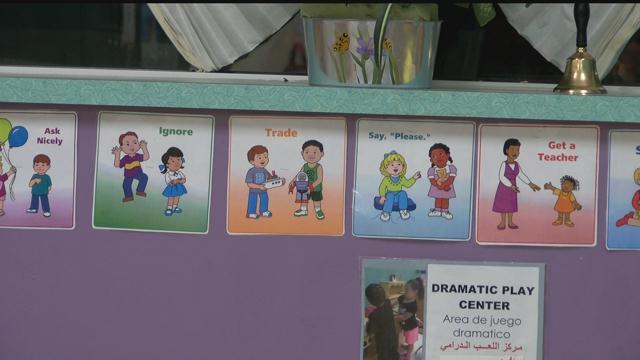 A Cudahy woman changed her story so many times, investigators knew something wasn't right when an infant died at her in home day care, which as it turns out isn't licensed.

The court set bond at $50,00 for 30-year-old Carrie Heller. She's also been ordered not to have contact with the family of six month old who died in her care last Wednesday.

Court documents say Heller called 911 at first claiming to have no idea why the baby stopped breathing. Then in one interview she said the baby fell off the couch.

When confronted with the doctor's conclusion that the child had been violently slammed Heller claimed she accidentally dropped the baby and then presented yet another story that she mistakenly hit the girl's head with the high chair tray.

The Department of Children and Family Services says its easy to find a licensed facility; just search their website. The hard part is on the business; who first must go through a lengthy application process.

"Through the Department of Children and Families we are governed and have over 400 licensing rules to abide by in order to be licensed," said Stephanie Walton, director of licensing at Acelero Learning Academy.

Acelero Learning Academy is a licensed, top rated child care facility in Milwaukee County but they say it took  a lot for them to earn that.

The Department of Children and Family Services says it's hard work but it just means licensed facilities are that much safer saying, "Regulated providers are required to have regular licensing inspections, conform to state safety standards, and do background checks on employees.  Unlicensed child care providers are not required to do any of those things."

Sarah Barton, executive director of Acelero says another benefit of a licensed facility is it's easy to see if anything has ever gone wrong.

"You can go and pull all that info up and its required that centers report any kinds of incidents. If a child hits their head and sees a doctor, that has to be reported to the state and the state monitors that," said Barton.

And the facility you choose should not only make you feel comfortable but proud of the work they do.

"Caring for young children is hard. Look for programs that want to open their doors and give you a tour and show off what they're doing," said Barton.

Another measure of care besides licensing is a facility's participation in the Young Star Program. It's an extra year-long certification process a daycare facility can go through that ensures they are held to the highest standards of care.