The Dangers of Early Screen Time Exposure In Children 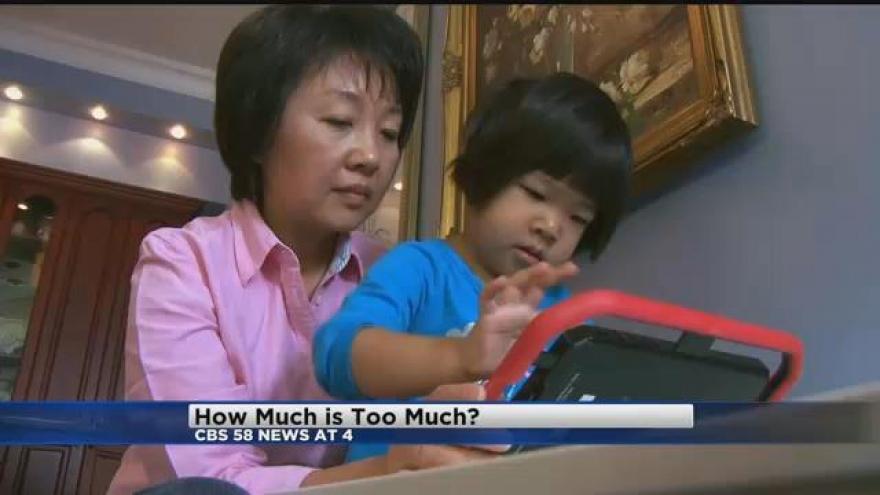 It's a great way to settle a fussy kid, and they might actually learn something.

But there are some real concerns about how much exposure children are getting to I-Pads, touch screens and other electronic devices, even the television.

\"Their brains are too young and they don't understand what's going on,\" said Dr. Kevin Dahlman, Director of Children's Health for Aurora Healthcare.

\"Young children don't have the capability to understand that you're not going to get that reciprocity of emotion and that's what's harmful.\"

The AAP recommends infants and toddlers have zero screen time, and instead, parents prioritize creative, unplugged play for them. Starting at 18 months, they say children can have high-quality, educational programming – think Sesame Street. They also say parents of children ages 18-24 months, should watch the programming with their child to increase the value and interactivity of this screen time.

For children, ages 2 to 5, it’s one hour of high quality programming.

For older children, the AAP says to limit digital time. Parents need to remember that screen time is not just TV time. It includes video games and time looking at a phone or tablet.

\"We're living in the age of technology,\" Dr. Dahlman acknowledged. \"We want kids to use it, but use it appropriately.\"

Children, like adults, need balance. They need a healthy mix of active, physical time, especially outdoors, and they need quiet time to relax and rejuvenate. They also need media-free time with their families, like during dinner together, or driving in the car and talking. Letting your kids have free reign over screen time means that they could be losing out on time they need to study, play, talk or sleep.

\"These kids are growing up with more technology than we ever imagined.\"  Dr. Dahlman says he's seen children in his own practice lose social skills because of the screen exposure. \"You loose the ability to read and communicate emotions because that tablet doesn't interact the way humans do.\"

As in most things with parenting, parents should lead by example. If kids see their parents constantly on their phones, or playing video games for extended periods of time, they will want to do that too. The AAP recommends that parents develop a family media plan that will hold everyone accountable and sets expectations for family media use.

Keeping tech devices out of bedrooms is a good way to monitor kids’ digital media activity. Make a rule that kids can only use computers in the living room, or in a common area, so parents can see what they are doing when they’re online. Also, talk to your kids about cyberbullying and being safe online.