The Badgers' chances, by the numbers 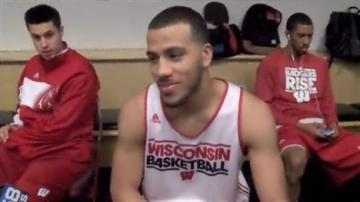 MILWAUKEE- The Final Four is something the teams and players dream of.

The Badgers beat two tough teams and survived an earthquake to get there and Wisconsin said they're not done yet.

According to the latest Vegas odds, the Badgers have a 7 to 2 chance of winning the whole thing.

Both Florida and Kentucky have better odds.

Before the tournament, Wisconsin's odds were 20 to 1 take home the National Championship.

The University hasn't won a men's basketball National Championship since 1941.

In the Badgers' upcoming game against Kentucky, Bucky is a two-point underdog in the eyes of the odds makers.

However the statistics website FiveThirtyEight says Wisconsin has a 58.2 chance to beat Kentucky, and favors them by two points.

Their calculations have Wisconsin going to Texas with the most momentum, partially due to knocking off top seeded Arizona.

If fans want to go to see Wisconsin in the Final Four, it may cost them.

Ticket King said the worst seat at the Dallas Cowboys stadium, where the games will be held, are going for around $450 for the two games.

One-hundred level tickets are going for around $1700, on the low end.

This can all change, for better or worse, depending on demand.

According to Forbes, each of the Final Four teams will have generated $9.5 million for its respective conference for three weeks of basketball.

Teams that didn't even win a game still earned $1.9 million