Ted Cruz Calls His Victory in Wisconsin a "Turning Point" 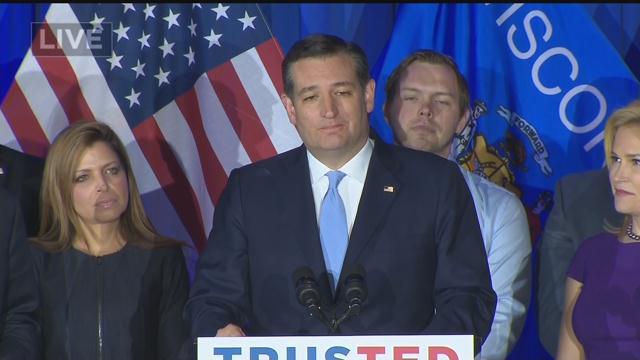 Republican Senator Ted Cruz declared victory in the Wisconsin Primary within hour of the polls closing.

He was introduced by Governor Scott Walker who endorsed Cruz after his own failed run for the White House.

Cruz made another big announcement.

He said his campaign had raised more than $1.3 million on this day alone totaling more than $2 million.

He expressed confidence that he will defeat Donald Trump and said it may happen before the Cleveland Convention or at the convention.