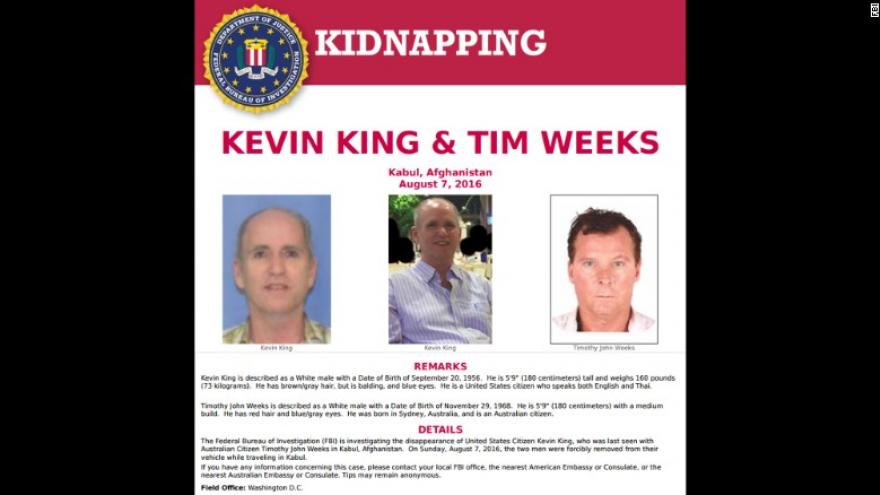 US citizen Kevin King, 60, and Australian citizen Timothy Weeks, 48, were forcibly removed from a vehicle while traveling in Kabul in August 2016, according to the FBI.

Both looked haggard and appeared to be speaking into a webcam, like those on the top of a laptop.

King had a large beard and bags under his eyes. Weeks' hair was noticeably longer. In the video, Weeks says the date is June 16.

The Taliban released a video of the two in January, which was the first proof of life sent since the group's kidnapping.

"We are aware of a recent video purporting to feature a US citizen kidnapped in Afghanistan. We are still working to examine the video and are not currently in a position to comment on it," an official from the US State Department said.

"The US government is committed to seeing our citizens returned safely to their families and the Department works closely with agencies across the government to do so."

Weeks and King were teachers at the American University of Afghanistan in Kabul.