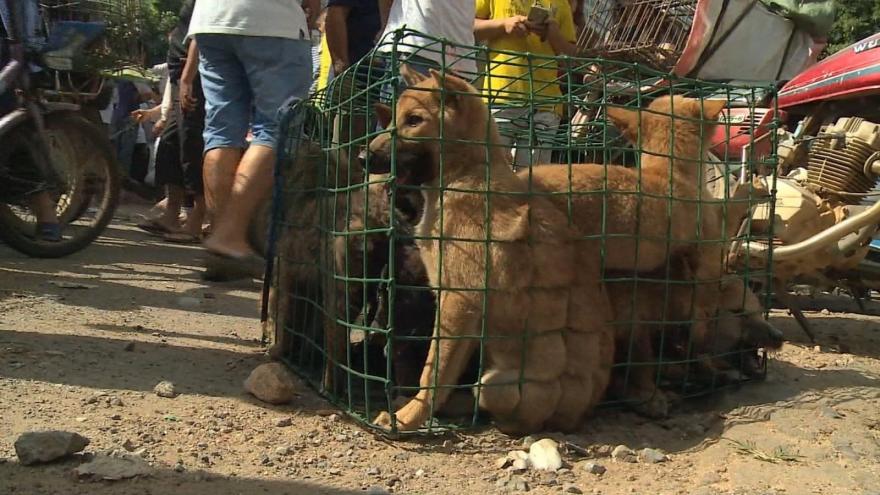 Beijing (CNN) Taiwan has outlawed the consumption of dog and cat meat, as the island's legislature on Tuesday passed a landmark amendment to its animal protection laws.

The island's official Central News Agency (CNA) said the revision showed the transition \"from a society in which dog meat was regularly consumed\" to where \"many people treat pet cats and dogs as valued members of their families.\"

Previously, the Animal Protection Act only covered the slaughter and sale of dog and cat meat. Individuals who eat or trade dog or cat meat can now be fined between $1,640 to $8,200.

The amendment also bans \"walking\" the pet on a leash pulled by cars and motorcycles and raises the penalty for cruelty to animals.

Taiwan has doubled the maximum prison term for animal cruelty to two years and raised the fine up to $65,500 for any act that deliberately harms animals and results in mangled limbs, organ failure or death.

Violators may also see their names, photos and crimes publicized, according to Taiwan's Central News Agency.

Animal lovers pushed for the amendment after a string of shocking animal abuse cases.

Last year, a video showing a group of military personnel beating up a dog, strangling it and tossing the body into the ocean sparked public protests. Taiwan's minister of defense apologized to the public over the incident.

Dog meat is consumed in many parts of Asia including China, the Philippines, Korea and Indonesia, according to the Humane Society International.

China has long been criticized for its annual dog meat festival in Yulin, southern China, where 10,000 dogs are slaughtered and served as meals.

However, there's growing opposition in China to the consumption of dog meat. A 2015 survey by AnimalsAsia showed nearly half of the 3,221 people it asked believed that killing dogs or cats for consumption should be illegal.

According to the English-language China Daily newspaper, there were more than 100 million registered pets in China in 2015. Dogs and cats make up the majority.