5 things to know about the Sprint, T-Mobile deal 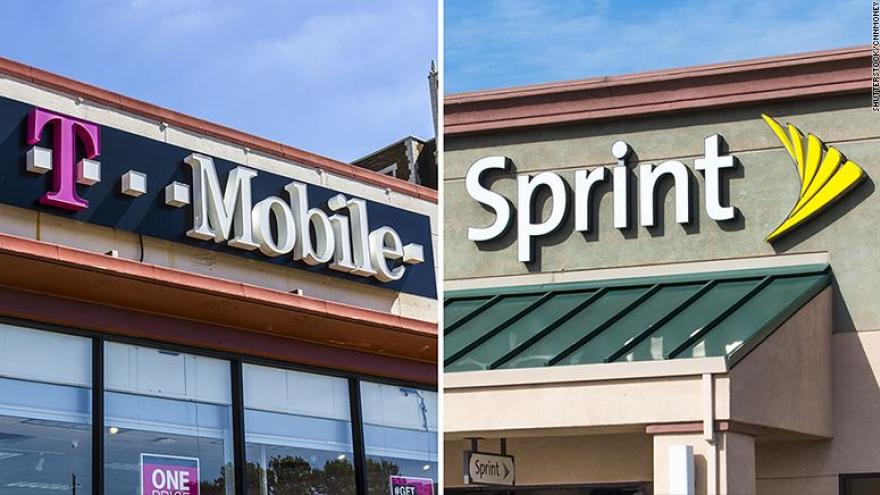 (CBS) -- If T-Mobile's (TMUS) $26.5 billion all-stock deal for rival Sprint (S) gets regulatory approval, its impacts will be felt throughout the wireless industry. Beyond the change in competitive dynamics, with the proposed merger reducing the number of major players down to three from four now, consumers will also have a new wireless landscape to deal with.

Of course, Wall Street got the first crack at reacting to the deal's announcement, and it didn't find much to like about it, particularly its chances to pass muster with regulators. Investors sold shares of both companies on Monday, hammering smaller Sprint's stock price by nearly 14 percent and T-Mobile's by more than 6 percent. The sharp decline points to skepticism on Wall Street that the merger will win regulatory approval.

But assuming the deal does go through, it's not too soon to look at some of its key aspects. Here are five you should know about:

T-Mobile's colorful CEO John Legere, who has gained market share at his rivals' expense in recent years, will run the company under the T-Mobile name when the deal closes.

"This deal makes a lot of sense from their perspective," said Jeff Kagan, an independent telecommunications analyst. "T-Mobile is growing rapidly. Sprint is having trouble with growth, but they have a lot of spectrum. The two of them together could be a powerful competitor."

Indeed, in their joint statement about the deal, Sprint and T-Mobile said as a combined company they'll have lower costs and better quality, which could essentially help them compete with AT&T and Verizon.

Will the third time be the charm?

If at first you don't succeed. . . This is actually the third merger proposal involving T-Mobile since 2011. AT&T dropped its own $4 billion bid for it that year, and Sprint and T-Mobile called off merger discussions last year because of concerns about getting approval from regulators. Critics argue that many of the same problems that were in earlier transactions haven't been addressed in the current deal.

"Unless they can show significant efficiencies, the government will probably challenge it," he said.

In addition to Justice, the Federal Communications Commission will also review the merger for approval. One major hope for the combination now is that Trump administration could be more receptive to it than Obama's regulators were.

What about consumer prices?

Though the companies claim that the deal will help lead to lower prices, consumer advocates aren't so sure.

"Right now, Sprint and T-Mobile provide much-needed alternatives to Verizon and AT&T, with some innovative plans and pricing options that keep some semblance of competition alive," said Jonathan Schwantes, senior policy counsel for Consumers Union, in a press release. "If you combine these two companies, those incentives and options could dry up, and people could see prices shoot up, not only for monthly service plans but for equipment prices as well."

T-Mobile, however, does have a track record of pricing innovations, leading the way in many consumer-friendly changes, such as ditching two-year contracts and bringing back unlimited data plans. Consumers now pay less for cellphone service, thanks to T-Mobile's influence on the industry and the resulting price wars.

In their press release, the companies repeatedly argue that they'll better be able to shoulder the costs of developing advanced wireless technologies known as 5G. However, as Phillip Berenbroick, senior policy counsel at nonprofit Public Knowledge noted, the term has no standard definition. "It has essentially been co-opted as a marketing term," he said.

AT&T is in the lead for 5G, and Verizon plans to start spending "in earnest" on the technology in 2019, according to analyst Jonathan Chaplin of New Street Research, who questions whether the race is even worth winning.

"Every carrier claims to be farthest along with 5G," he has written. "The claims are meaningless. …The race to have ubiquitous coverage is the real contest. This requires massive infrastructure investment. ..Sprint and T-Mobile are nowhere. But the real winner here is cable. They have far better infrastructure for deploying 5G than any of the four carriers."

Still, the combined company plans to invest up to $40 billion in its network in the first three years, which executives said would result in more hiring and better services.

(CNN Money) -- T-Mobile and Sprint finally agreed to a massive telecom merger after years of negotiations punctuated by two breakups.

The agreement would leave just three major wireless carriers in the United States and must clear antitrust regulators. The combined company, which will take on the name T-Mobile, would be positioned as a fierce competitor to Verizon and AT&T.

T-Mobile CEO John Legere, who will head the merged company, told reporters on a conference call Sunday that the firm plans to deliver "the highest capacity network in US history."

He said the company will hire thousands of people in a bid to create a nationwide network that will position the United States as the leader in providing 5G connectivity.

A recent report from research firm Analysys Mason suggests it's China and South Korea, not the United States, that are currently leading 5G development.

The move combines the third and fourth largest wireless service providers in the nation. Sprint was valued at $26 billion based on its last closing price, and T-Mobile was last valued at $55 billion. The deal values Sprint near its latest closing share price of $6.50.

Andrew Schwartzman, an attorney who specializes in telecommunications, told CNNMoney he expects it will be "difficult" to get regulators to sign off on the merger.

Sprint and T-Mobile first discussed a merger in 2014 but scrapped it because of concerns about regulatory challenges from the Obama administration.

Schwartzman noted the deal was blocked because regulators determined that the wireless market could support four major players, and having them compete benefited consumers.

"It will be difficult to convince the Justice Department that circumstances have changed so much that it's necessary to go down to three providers," he said. "That's the major hurdle that has to be confronted."

The companies expected to have a better shot at the merger under the Trump administration.

SoftBank CEO Masayoshi Son met with Trump the month before he took office to talk up an investment in US businesses.

A few weeks later, T-Mobile's Legere said he was open to "various forms of consolidation" when asked about a potential merger with Sprint and SoftBank under the Trump administration.

But last November, after much speculation, the two companies issued a statement saying they had "ceased talks."

"While we couldn't reach an agreement to combine our companies, we certainly recognize the benefits of scale through a potential combination. However, we have agreed that it is best to move forward on our own," Marcelo Claure, the Sprint CEO, said at the time.

Sprint and T-Mobile's announcement is just the latest step in an ongoing movement towards telecom consolidation. AT&T (T) is in talks to acquire Time Warner (TWX), which owns CNN. The outcome of that $85 billion merger-in-the-making depends on a case in federal court, which is pending the decision of the judge.