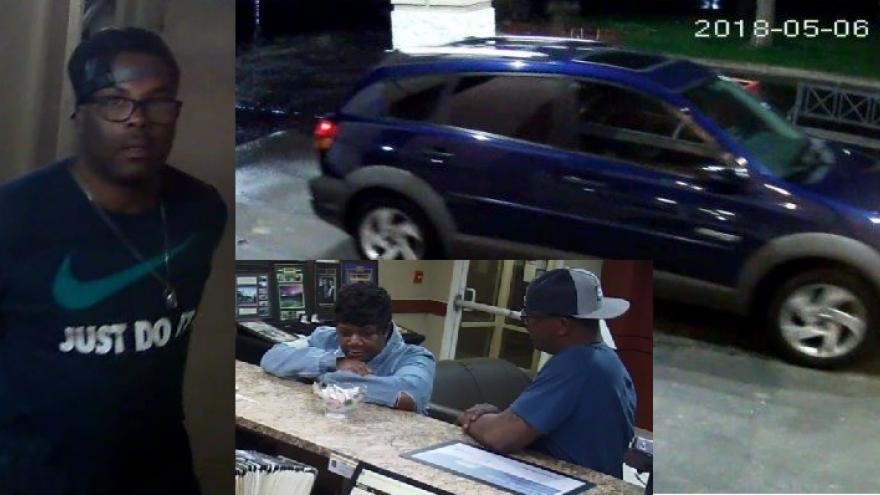 BROOKFIELD, Wis. (CBS 58) -- Two suspects are wanted for stealing a cash box from a hotel in Brookfield.

Early Sunday morning around 3:30 Town of Brookfield Police arrived at the Quality Inn on Bluemound Road for a reported theft. According to witnesses, a man and woman entered the lobby of the hotel and while the staff was away from the desk the man reached over the counter and took the cash box and other items.

The woman stood by and watched.

The man is described as 6' tall and 200 pounds and was wearing a blue Nike t-shirt with the Nike slogan "Just Do It" in white lettering on the front, a blue baseball hat, glasses and faded jeans at the time of the crime.

The woman is described as 5'6" tall and 200 pounds with short hair wearing a jean jacket.

The suspects were driving a mid-2000s blue Pontiac Vibe. The car had a moon/sun roof, luggage rack and no front license plate.

Anyone who can identify the suspects is asked to call Brookfield Police at 262-796-3798.