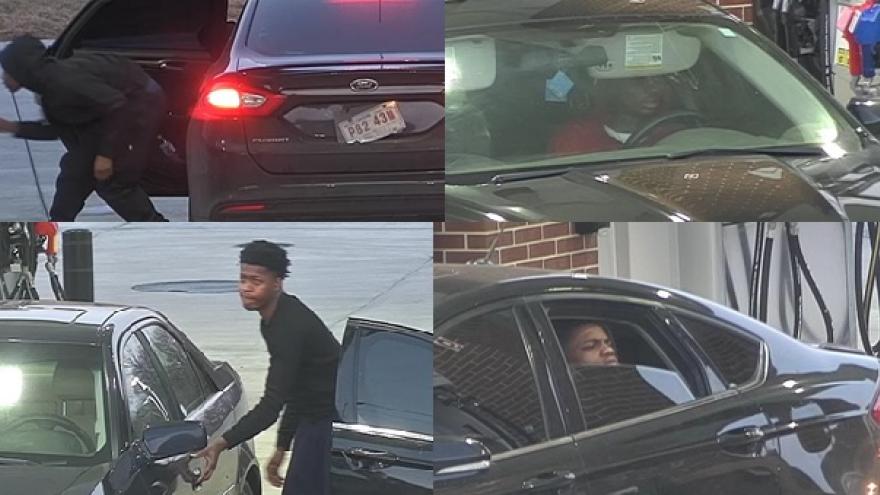 The suspects were in a black Ford Fusion with a temporary Wisconsin license plate P8243M. One of the men in the car got out and entered the victim's car through the front passenger door. The suspect stole a back pack that had a laptop, cell phone, keys, books, notebook and sunglasses.

The theft happened while the victim was pumping gas at Kwik Trip located on Silver Spring Drive in Glendale near Lilly Road.

The victim noticed that the theft had happened and confronted the suspect but was unable to catch him before he got into a car with two accomplices who sped east on Silver Spring Drive.

A second person from the same car also attempted to enter a second car.