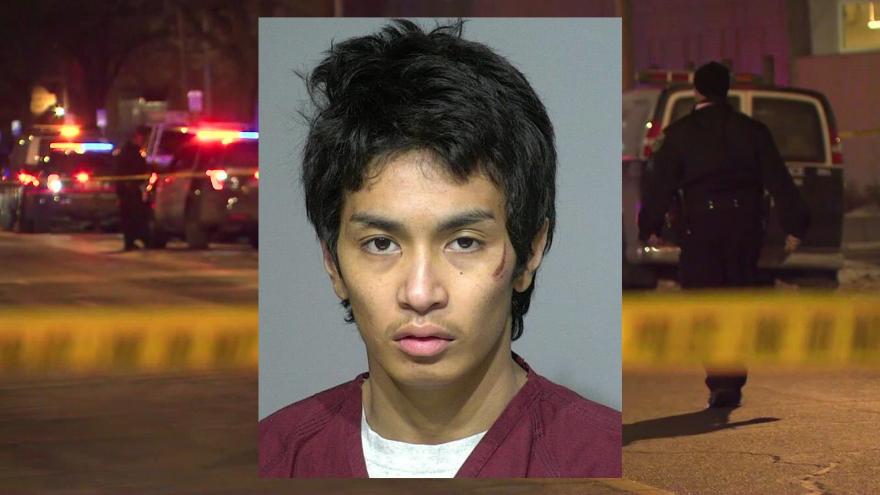 MILWAUKEE (CBS 58) -- The man accused of shooting an officer and stealing his squad car in Milwaukee is now facing charges.

On Jan. 27, officers received a call regarding a man slumped over in a vehicle near 21st and St. Paul in the city of Milwaukee. The responding officer arrived at the scene around 6:13 p.m. for a welfare check.

A criminal complaint details the footage obtained from the officer's body and dash camera.

Body camera video shows the officer look inside the vehicle and find the man, later identified as Rodthong, slumped over in the driver's seat, seemingly unconscious. The officer is heard asking dispatch if medical is responding, before reaching into the vehicle and removing the keys from the ignition. He calls out, "Sir!" and Rodthong begins to wake up.

The video is said to show a pink object on Rodthong's lap, later determined to be a firearm. He wakes up and leans forward, "as if to shield the firearm" from the officer's view. Upon questioning, he tells the officer that he had been drinking alcohol.

The officer requests backup, believing Rodthong to be intoxicated, and tells him medical attention is on the way. The officer asks him to step out of the car, which he eventually does. The complaint says Rodthong drops something to the ground and reaches down to pick it up. At this time the officer is standing a few feet away on the phone, facing Rodthong. The officer asks him to come away from the vehicle into a more open space. The complaint says Rodthong does this, but continues to keep his right side away from the officer, as if hiding something.

The complaint says as Rodthong moves away from the car, he tries to run east on St. Paul. The officer appears to grab Rodthong's arm, and the two struggle. At this point, the body camera is said to move in a manner consistent with the officer moving toward cover behind the vehicle. The camera appears to fall into the snow. Gunfire can then be heard.

Approximately 19 seconds after the last gunshot is heard, the officer can be heard broadcasting over his radio that shots were fired, he needs medical attention and that the suspect took his squad headed eastbound on St. Paul Avenue.

The complaint says the suspect drove the squad east on St. Paul Ave. at a high rate of speed, disregarding red lights until eventually crashing into another motorist near 17th and Clybourn. One occupant of that vehicle was taken to an area hospital for treatment.

Rodthong reportedly fled the crash scene on foot and was arrested by responding squads. He was found to be suffering from multiple gunshot wounds to both arms and transported to an area hospital.

When questioned by authorities, Rodthong said he had recently purchased the methamphetamine and fentanyl found on him. He said he uses both meth and heroin and that he had done so prior to his contact with police.

He stated when the officer put his hands behind his back, all he thought about was getting away. The complaint says he did not acknowledge the shooting, but said he didn't want to go to jail again.

Court records show Rodthong was out on bond at the time of this incident. As of Oct. 8, 2021, there was an active bench warrant for his arrest after he failed to appear for a scheduled court appearance.

Rodthong is due in court for a preliminary hearing on Feb. 9.

He is being held on $1 million cash bond.

The wounded officer was released from Froedtert hospital on Friday, Jan. 28.