MILWAUKEE (CBS 58) -- This week millions of Americans could have up to $10,000 in student loan debt cancelled.

Wednesday the White House is expected to announce that cancellation for people who earn less than $125,000 per year.

Students on the Marquette campus and at University of Wisconsin-Milwaukee tell us significant debt is simply the price paid for an education these days. They say it impacts their families and they think about it often.

The expected debt forgiveness will help many people, but it likely won't solve all their problems.

Marquette senior Anna Rowan said she is "always talking about it amongst friends that go to different schools."

UW-Milwaukee sophomore Aira Guevara said, "I think we all think about it. It's in the back of our heads."

And Marquette senior Julianna Stump said, "It's definitely a serious conversation, it's not something we joke about."

Milwaukee students say the cost of college is always on their minds, as is the long-term impact from carrying student loan debt.

Stump said, "Thinking how all of the finances impact not only me, but my two brothers, is something I've been worried about and I know my parents have."

Guevara is working three jobs to help pay for college. She's trying to not think about her loans right now.

She was originally a pre-dental major -her passion- but it was too expensive. Guevara said, "It would be a six-year program, and I unfortunately cannot afford that."

So Aira switched to criminal justice, in part because it's cheaper. She said, "It's just kind of sad seeing other students not trying for their dream just because of finances."

For many, the expected forgiveness of up to $10,000 in student loan debt would certainly be a step in the right direction.

Marquette junior Christian Haczkiewicz said, "That would alleviate a lot of pain, honestly. Because anything can help."

But concerns linger about long-term solutions.

Of the expected debt forgiveness, Robb said, "While I think it's helpful for a number of households, it's kind of a modest impact in the big picture scheme of things when you look at individuals struggling with very high levels of debt that have high levels of interest."

One in eight Wisconsinites have student loan debt. More than half of them are under the age of 35. The average amount owed is nearly $32,000 per borrower. 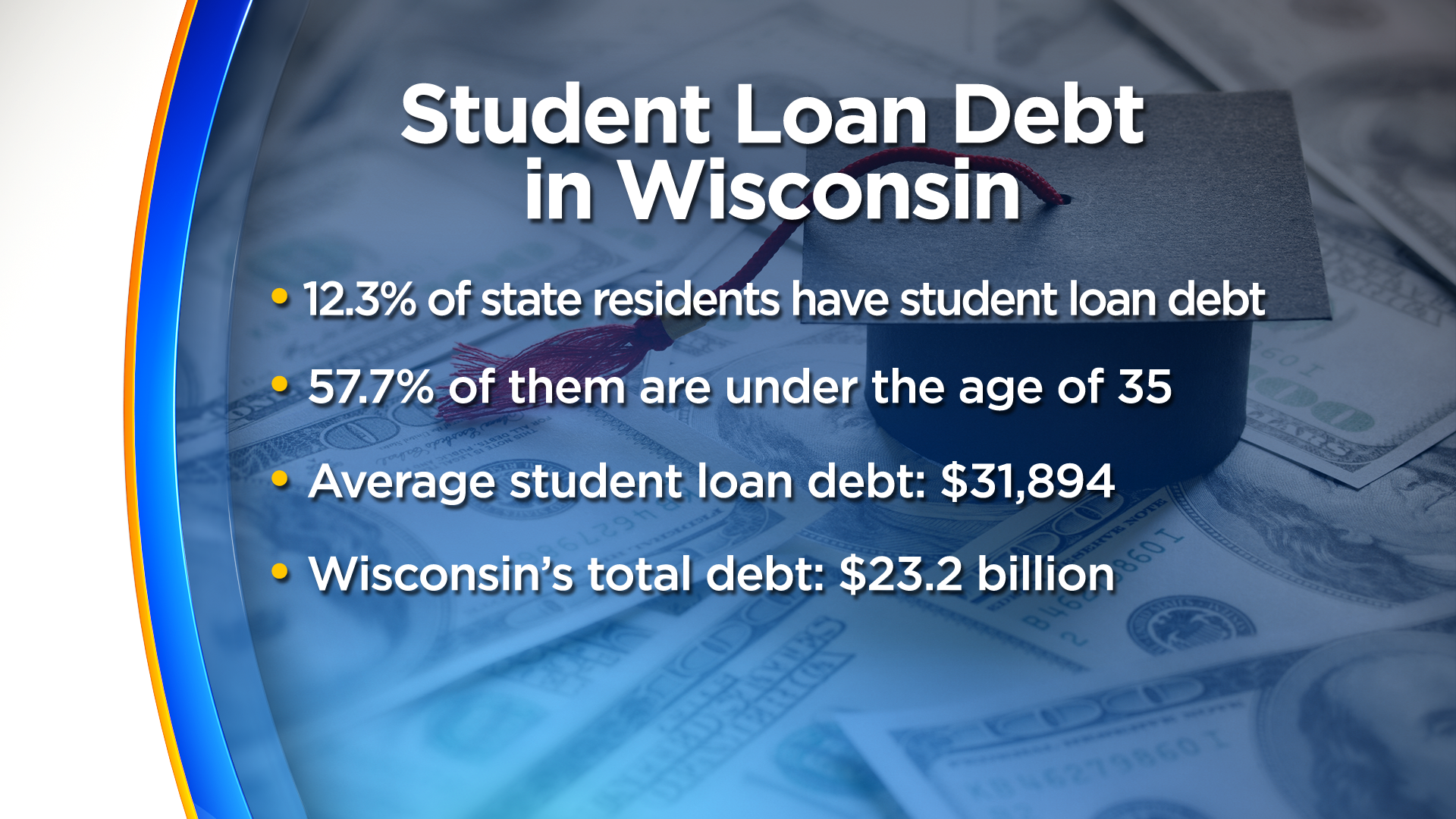 Marquette senior Anna thinks about it often as she inches closer to graduation.

Rowan said, "On top of the stress of getting a job, you have to make sure you get one that can pay enough that you can pay your loans."

The White House is also expected to extend the pause on federal student loan payments that is set to expire next week.

US Secretary of Education Miguel Cardona told CBS News Tuesday the administration will make an announcement before the end of the month.

Contributions to this story also made by: Tajma Hall
Share this article: