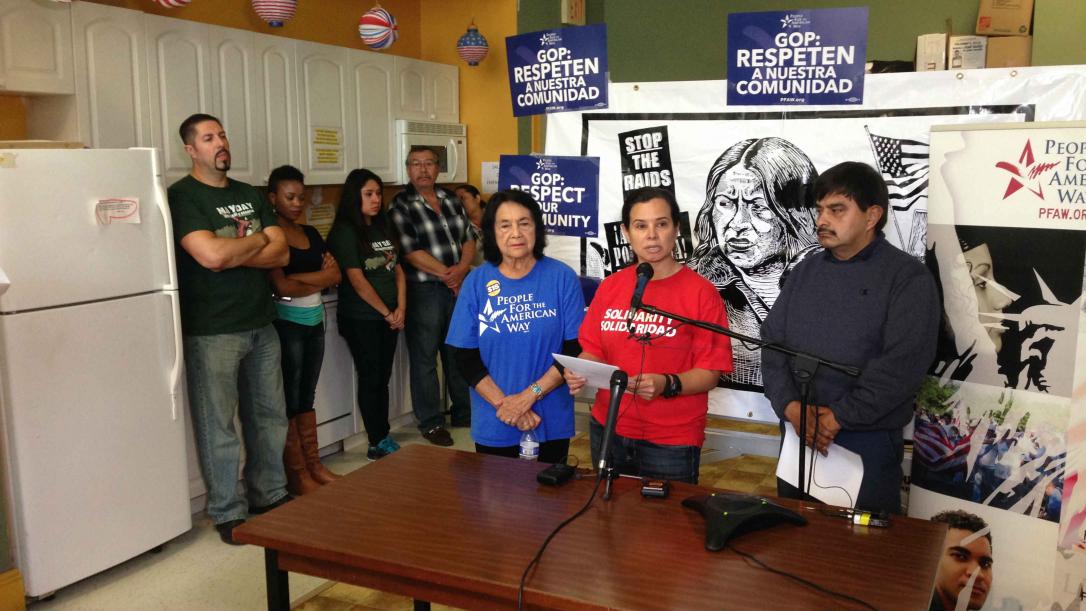 A lot of groups will be joining for a pre-debate walk on Tuesday which they're calling the "stop the hate" march.

At Milwaukee's Voces de la Frontera advocates for progressive immigration reform talked about why they're teaming with groups including Black Lives Matter.

People calling for a higher minimum wage and student groups from Marquette University and other colleges say it's important to take a stand as divisive figures take the stage to talk directly to a national audience.

Listen to what Dolores Huerta, who helped found the United Farm Workers Union, had to say, "when you think of Donald Trump for instance, he's kind of the face of the Republican Party right now because everybody's trying to follow his lead demonizing and maligning the Latino community. And when they use the word Mexican I think anybody that looks like a Mexican, wherever they come from, will also be victims of that attack including my children, my great grandchildren."

Huerta has been to all the previous debates and says future judge appointing powers will be critical to immigrant’s rights depending on who the president is.  The rest of the group plans to depart Milwaukee City Hall at 6:00 PM and march to the Milwaukee theatre arriving before the main broadcast begins.