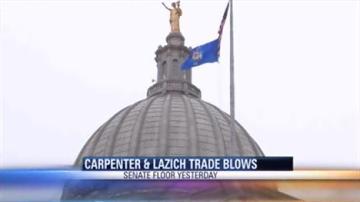 MADISON -- The State Senate passed a bill Wednesday morning that places limits on when voters can cast in-person absentee ballots, but the debate that ensued on Tuesday was perhaps more controversial than the bill itself.

Comments made on the Senate floor have some people demanding an apology from one Democratic State Senator.

Sen. Tim Carpenter of Milwaukee said \"I know the senator from the 28th (district/Mary Lazich) hates Milwaukee, she hates the poll workers, she hates that blacks and Latinos are coming out.\"