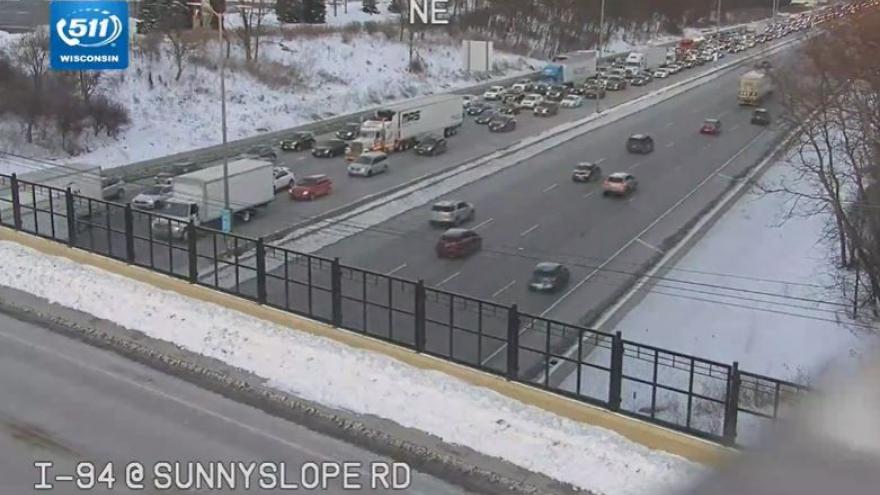 According to Wisconsin State Patrol, the driver of a black Nissan Altima with tinted windows and no license plates fired shots at a pickup truck around 3:29 p.m.

The vehicles were traveling westbound near Moorland Road on I-94 at the time.

Authorities are still searching for the suspect vehicle.

The highway was temporarily shut down during an investigation and has since reopened. No injuries were reported.