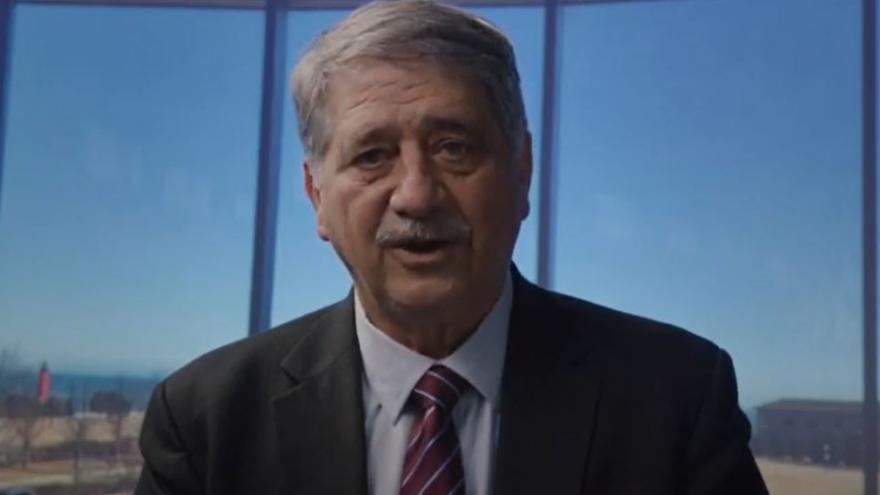 WISCONSIN (CBS 58) -- State and local leaders are reacting to the Kenosha County District Attorney's decision not to charge a Kenosha officer with any wrongdoing for shooting Jacob Blake.

“Over the past year, our state and country have witnessed a movement—one that echoes hundreds of years of movements that have come before it, demanding justice, equity, and peace for Black lives. What is just as clear today as it has been is we have failed to deliver on these promises, both as a state and as a country.

Jacob Blake’s life has forever been changed and his kids witnessed violence no kid should ever see, experienced trauma no kid should ever endure, all while the world watched. And yet, when presented the opportunity to rise to this moment and this movement and take action to provide meaningful, commonsense reform to enhance accountability and promote transparency in policing in our state, elected officials took no action.

Today’s decision is further evidence that our work is not done—we must work each day in earnest toward a more just, more fair, and more equitable state and country, and to combat the racism experienced by Black Wisconsinites. I hope for peace and justice for Jacob, his family, and the entire Kenosha community. I reaffirm my commitment to action to build a more just, more equitable state for every Wisconsinite. And I ask those who will exercise their right to assemble tonight and in the days ahead to please do so peacefully and safely.”

“Irrespective of the decision announced today, this case is a tragedy. An incident that unfolded in just a few minutes will have a lifelong impact on Mr. Blake, as well as others.

The past several months have been extraordinarily challenging for the Kenosha community. We need to work together, peacefully, to ensure that Kenosha—and all of Wisconsin—comes out of this difficult time stronger.

There is a pressing need for reform of our criminal justice system. Across the state, there are dedicated public servants in law enforcement whose work makes their communities safer. But the system we have in place—which, unlike the criminal justice systems in many others states, has not been significantly reformed in recent years—has produced staggering and unacceptable racial disparities.

In addition, Wisconsin should adopt a statewide use-of-force standard providing that officers’ primary duty is to preserve life and that officers must use de-escalation techniques to avoid force whenever possible. And law enforcement officers conducting patrol activities should have body-worn cameras. While many agencies in Wisconsin use such recording devices, that practice is still far from uniform—in significant part because of cost. Funding from the legislature to defray these costs would lead to more widespread use of this technology.

Reforms should also include improving our emergency detention system and strengthening enforcement and supporting victim services in certain areas in which there has long been under-enforcement, such as white-collar crime and violent crimes that are disproportionately committed against women, including domestic violence, sexual assault, and human trafficking.

We need policy changes that will reduce the likelihood that officer-involved critical incidents will occur and that will make our criminal justice system fairer and more equitable.”

"The facts from this incident are finally known. The officers attempted to take Mr. Blake into custody by giving him verbal commands, physically struggling with him AND deploying their Tasers. Mr. Blake was also armed. At any time during his interaction with the officers, Mr. Blake could have and should have complied with their lawful orders. If he had, nobody, including the entire Kenosha community would have had to endure the pain and suffering that ensued. I hope people stop trying to enflame the community with the spread of false information about this incident. I don’t expect our State’s top elected officials to apologize for their part in perpetuating the spread of misinformation, fanning the flames of civil unrest and pitting people against the police. I do however hope they could at least take a proactive role in encouraging everyone to accept the facts obtained from the independent investigation done by the Wisconsin Department of Justice and help our community start to heal."

Eric S. Dreiband, Assistant Attorney General for the Civil Rights Division of the Department of Justice, and Matthew D. Krueger, U.S. Attorney for the Eastern District of Wisconsin released the following statement:

“As previously announced, a federal civil rights investigation into the shooting of Jacob Blake is ongoing. The investigation is being conducted by the Federal Bureau of Investigation, in cooperation with the Wisconsin Division of Criminal Investigation. The federal investigation is being overseen by prosecutors from the U.S. Attorney’s Office and the U.S. Department of Justice’s Civil Rights Division who will make an independent charging decision. Federal authorities are committed to investigating this matter as thoroughly and efficiently as possible.

Also ongoing are federal investigations into the arson, rioting, and other violent crimes that occurred in Kenosha in August 2020. U.S. Attorney Krueger and Assistant Attorney General Dreiband urged everyone to act peacefully and abide by the law.”

“My heart goes out to the family of Jacob Blake, his children who were in the backseat when he was shot by police, and to Jacob himself as he continues on his road to recovery. They did not receive justice today.

In the aftermath of the shooting I said that Blake’s wounds were the result of systemic racism, the policies and practices that entangle our institutions and produce racially disparate outcomes, regardless of the intentions of the people who work within them. Today’s announcement highlights just how pervasive these systemic problems are and the threat they pose to the lives of Black and Brown residents.

The likelihood of an everyday citizen not facing charges after shooting someone in the back on video is slim to none. That shouldn’t change for the police. When the police are above the law that means it is time to look at changing the law to make sure officers are held accountable.

Today’s decision not only failed to deliver justice to Jacob and his family, but it failed to listen to the people in communities across the state and nation who demanded systemic change in policing in the wake of Blake’s shooting.

I urge everyone exercising their right to assemble in the days ahead to do so peacefully and safely. And, I urge leaders at every level of government to listen to their voices and work together to answer the demand for systemic change in policing and transparency at all levels.“