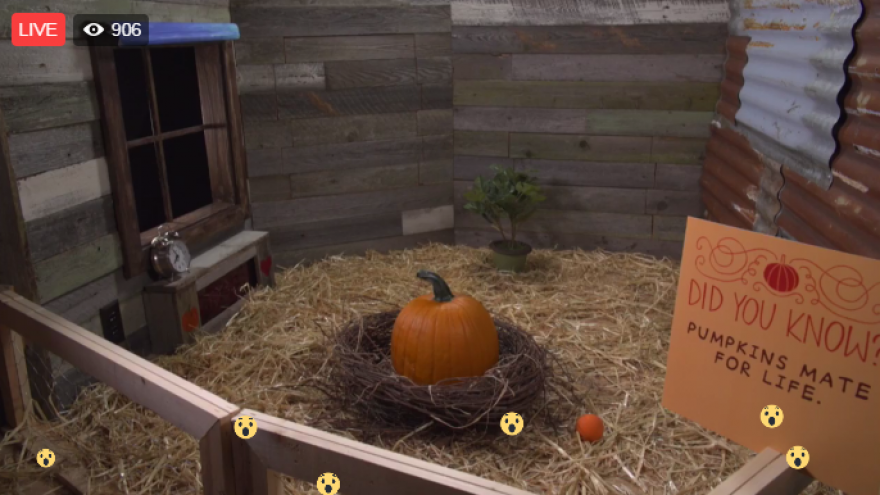 CHICAGO (CBS) — On this day in America, hundreds of thousands of people watched, and waited, for a pumpkin to hatch a coffee drink.

Fans of the Starbucks Pumpkin Spice latte camped out on the Starbucks Facebook page, watching a live stream of a pumpkin in a makeshift barn stall. It was reminiscent of the pregnant giraffe April, who stood for days in a stall as the world watched online for her to give birth.

As of this writing, nearly 600,000 people had watched and waited for the arrival of the beloved (or sometimes, reviled) fall drink classic.

“For the first time ever seen by humans!! The magical arrival of the Pumpkin Spice Latte!! Don’t miss a moment!!” Starbucks said of the video.

At one point, fans became annoyed when a sign, announcing the pumpkin needed a nap, obscured the view. Then, Starbucks added some kittens to the mix, and people seemed happy again.

There has been no official word on when the Pumpkin Spice Latte will be available, but some customers reported they were able to purchase it today.