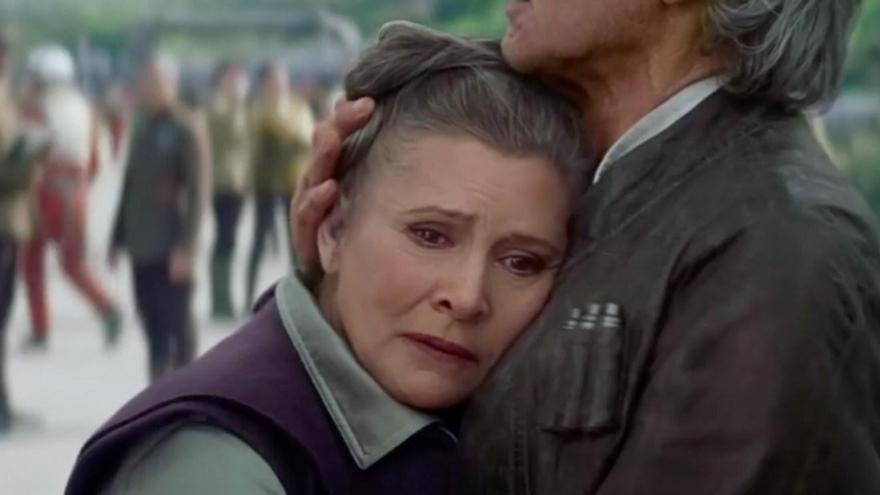 (CBSNews) When Carrie Fisher died on Dec. 27, she had already completed filming the next “Star Wars” installment, the as-yet-untitled “Episode VIII,” due in December. But Lucasfilm and Disney still have the next film in the series to worry about.

Insiders tell the Hollywood Reporter that Fisher’s General Leia was set to play a larger role in 2019’s “Episode IX” than she will in this year’s “Episode VIII,” which was written and directed by “Looper” filmmaker Rian Johnson.

Colin Trevorrow, the director behind “Jurassic World,” is set to direct and co-write the following installment, which doesn’t yet have a start date for production. Sources say he will arrive in Los Angeles next week to meet with Lucasfilm boss Kathleen Kennedy to work out a way forward with the character despite Fisher’s death. While the option of reducing the character’s scenes is certainly on the table, the studio’s recent success with “Rogue One” -- which featured a CGI versions of deceased actor Peter Cushing and a 19-year-old Fisher -- suggests some computer wizardry might also be an option.

Of course, Lucasfilm could also opt to cast another actress to take on the role in Fisher’s place, as was done with the role of Albus Dumbledore when Richard Harris died between “Harry Potter” installments.

But given that Fisher originated the role 40 years ago and played it over the course of four films, it seems unlikely “Star Wars” fans would stand for another actress taking on Leia.