Spring Snowfall In Sheboygan No Shock For Residents 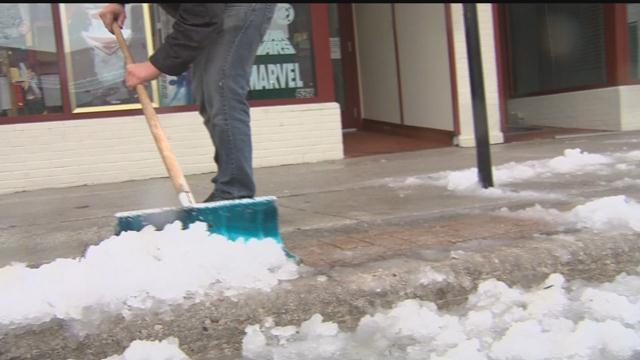 Thursday morning brought sleet, snow and rain to Sheboygan, but it didn't stop residents from going about their daily routine.

Stephen Wierenga showed up to his local diner for a standing weekly breakfast meet up without a second thought.

"It's a standard tradition, we've been doing it for years," Wierenga said. "We'd probably be here in the apocalypse."

For him and most Wisconsinites, this winter weather -- during the first week of spring -- is par for the course.

"I've lived here my whole life," he said. "This is just one thing about Wisconsin you can always count on."

Reiley didn't want to close his store for the day, so he got out early to shovel the sidewalk outside the shop.

But unlike Matthew, Stephen has no plans to work.

"I'm gonna go home and throw the logs on the fire," he said.