NOW: Southeast Wisconsin’s first snowfall is in the books much earlier than average

Most of southeast Wisconsin saw their first snowfall Monday morning. A few spots saw a very light dusting of snow Sunday and others have seen some snowflakes here and there but Monday was our first fairly widespread accumulating snow. Only our far southeast locations like Racine and Kenosha didn't report any snow. Fond du Lac County saw the most snow with over 1" reported in a few spots. Snow totals decreased the farther south you go. 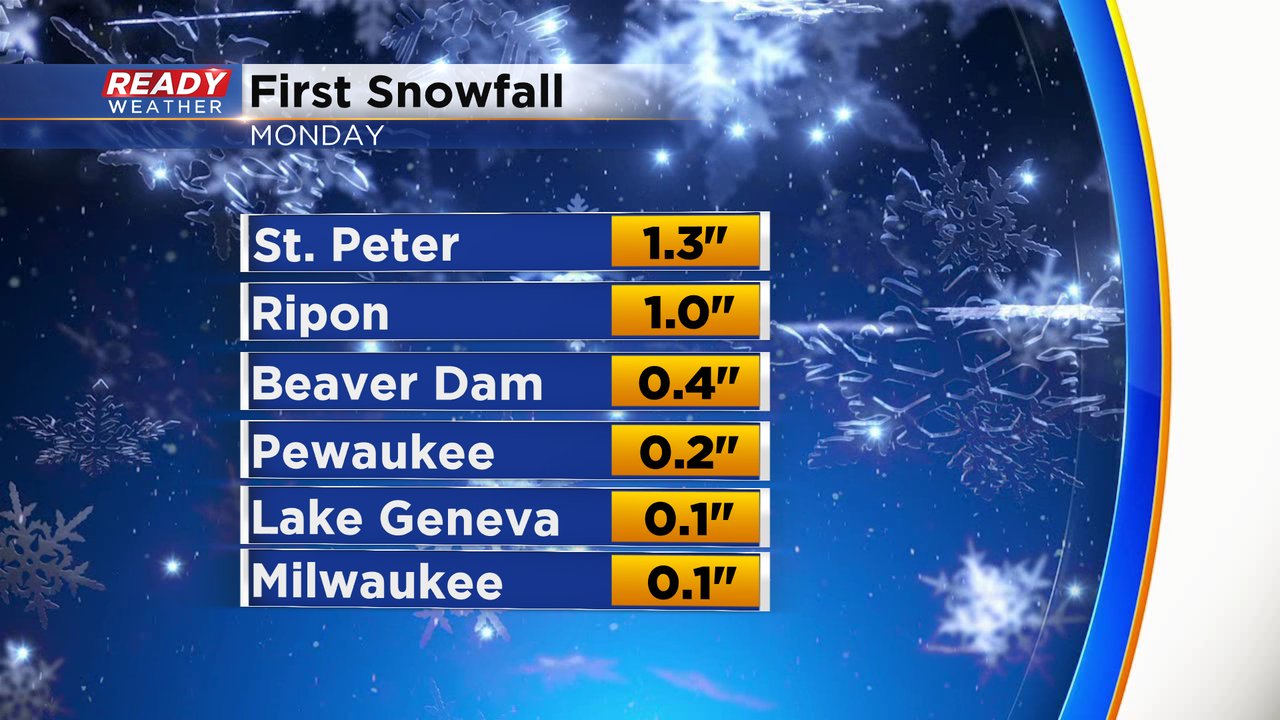 Milwaukee officially picked up a tenth of an inch of snow at the airport which makes it the first measurable snow of the season and they saw their first trace the day before on Sunday. Compared to averages the first trace of snow came just a few days earlier than average but the first 0.1" snow that happened Monday is a few weeks earlier than the average of November 13. The next milestone will be our first 1" snow event which on average doesn't happen until the beginning of December. 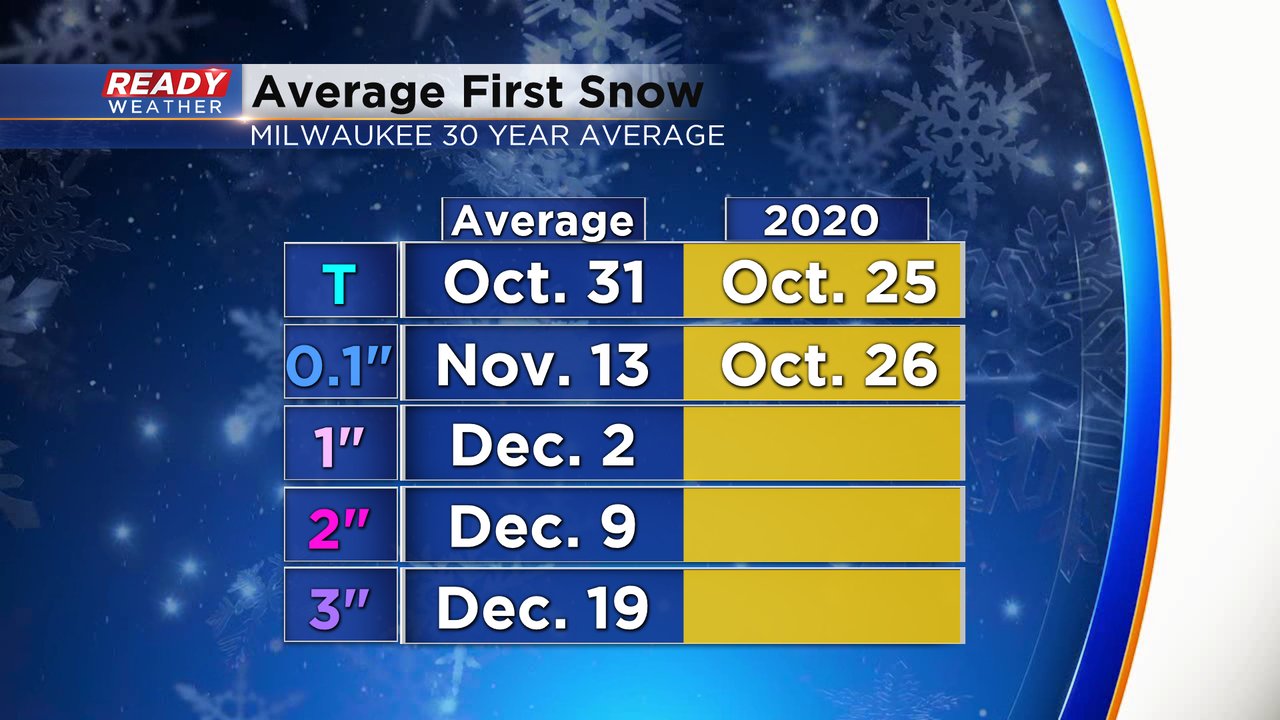 Monday was a very wintry day and in addition to the morning snow high temperatures in the afternoon struggled to get out of the 30s. All of southeast Wisconsin stayed in the 30s for highs with Fond du Lac getting the closest to 40* at 39*. 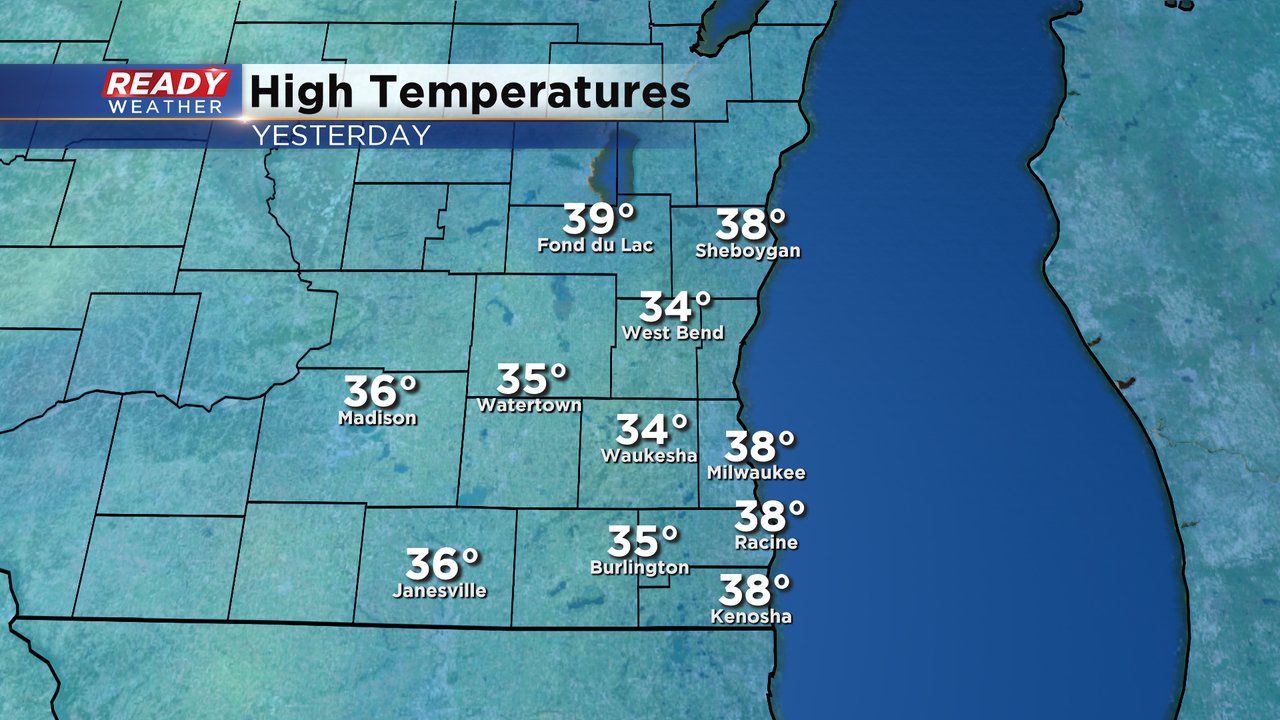 It was the first time since the end of March that Milwaukee didn't see the high temperature get out of the 30s. 209 days to be exact! 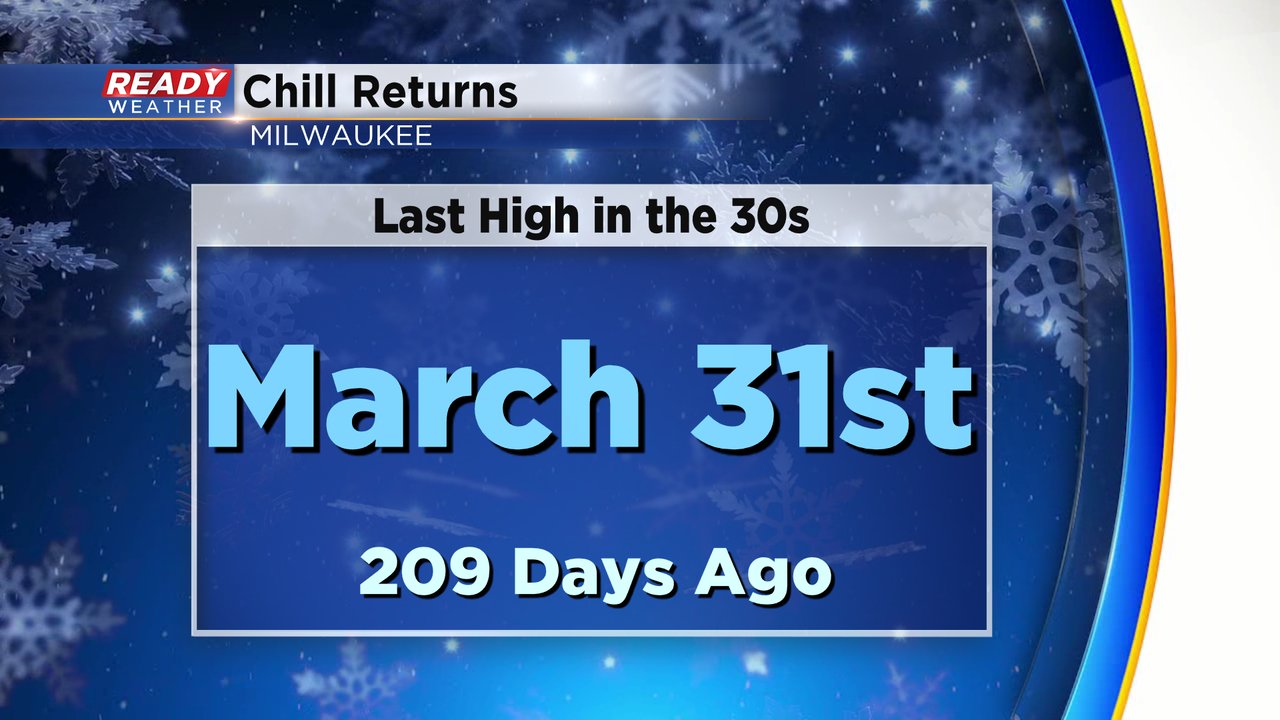 Download the CBS 58 Ready Weather app to see how temperatures react this week and when we could see our next snowflakes.