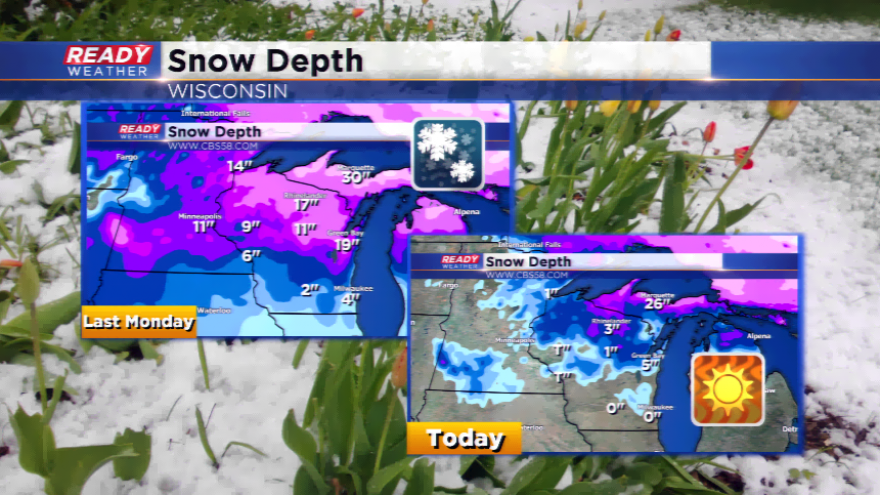 This time last week, the whole state was digging out of its biggest snowstorm in years, and for some over the last 100 years!

Snow depth was at its highest last Monday, a week from today, all around the state. Green Bay, Rhinelander, and Wausau were all at historical numbers for this time of year. Marquette, MI still led the way with almost three feet of snow on the ground. 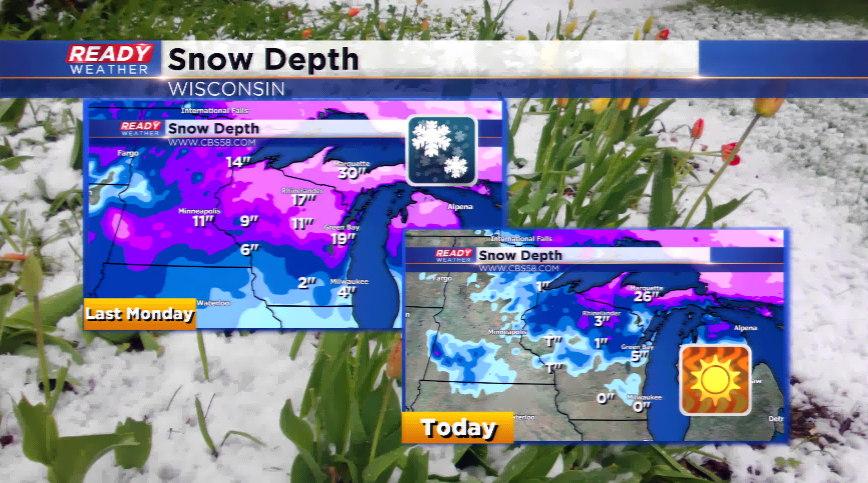 Since that snowfall, even though southeastern Wisconsin added snow on Wednesday, the April sun has taken over. Milwaukee carved three inches of snow in one day on Thursday, and by yesterday was down to zero snow depth. Wausau went from 17” of snow on the ground last Sunday, to zero snow depth yesterday. Green Bay has a little more to go with 5” of snow remaining.

The reason for the snow melting this time of year is plenty:

A chunk of the state, especially north, had their warmest air of the season yesterday doing a number on the snow piles. There’s no snow in the forecast, as of now, for this week with temperatures staying in the 50s and 60s for highs. 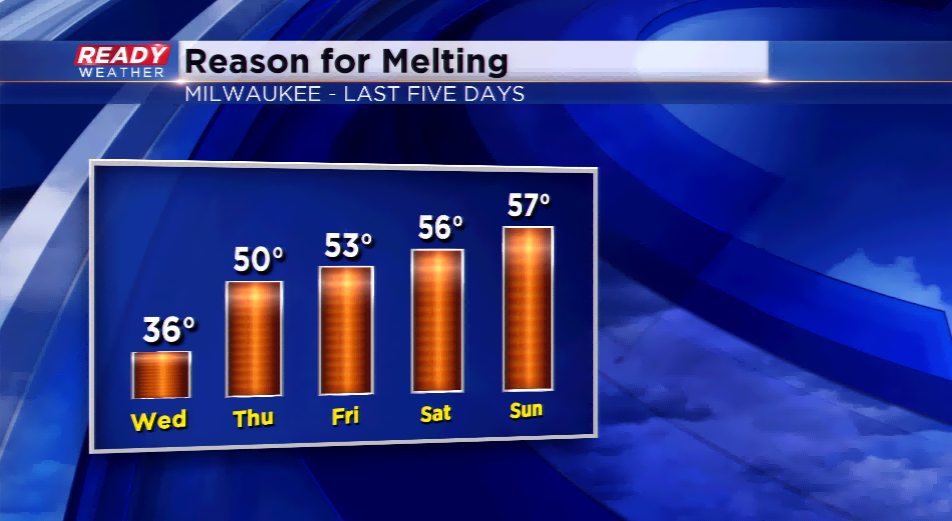