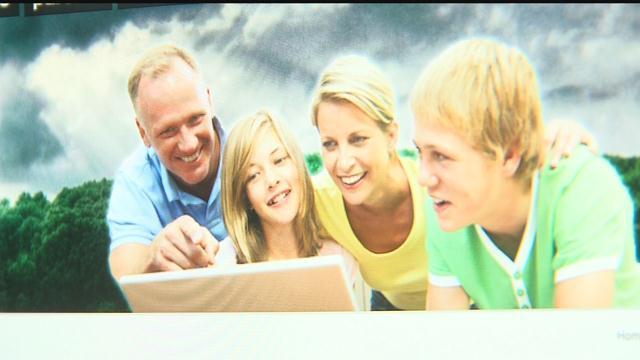 A website called creepy pasta is the first place the fictional character Slender Man was introduced to tell horror-related legends.

But his dark persona is said to have inspired a real-life vicious attack.

Two Waukesha teens became so obsessed with Slender Man, they nearly stabbed a classmate to death just to please him and prove he is real. The case influenced John Michels of Indianapolis to take action.

"Trying to come up with a way for parents to educate themselves and each other on being a young person in today's world," he said.

So he created CarefulParents.com. Described as a mix between Pinterest and Wikipedia, the free social network helps parents keep up with their kids, what to know and what to look for.

"Phone apps, drugs, the texting acronyms that kids are use are probably the most active categories on our site," he said.

Posts, known as alerts, are shared by parents for parents and the site creators check out each one before they're live. They can find out the meaning of slang words, like YOLO or THOT, or how a dating app works.

Michels hopes parents can then talk to their kids before its too late.

"Hopefully our site can prevent something like this from happening again, but beyond that, it's just a very sad situation up there," he said.

Since starting three months ago, CarefulParents.com has had thousands of visitors and page views and about 350 members.

"Member status" allows parents to create posts and comment on them. Again, the website is free. You can check it out for yourself here.