Shootings down 14 percent in Chicago 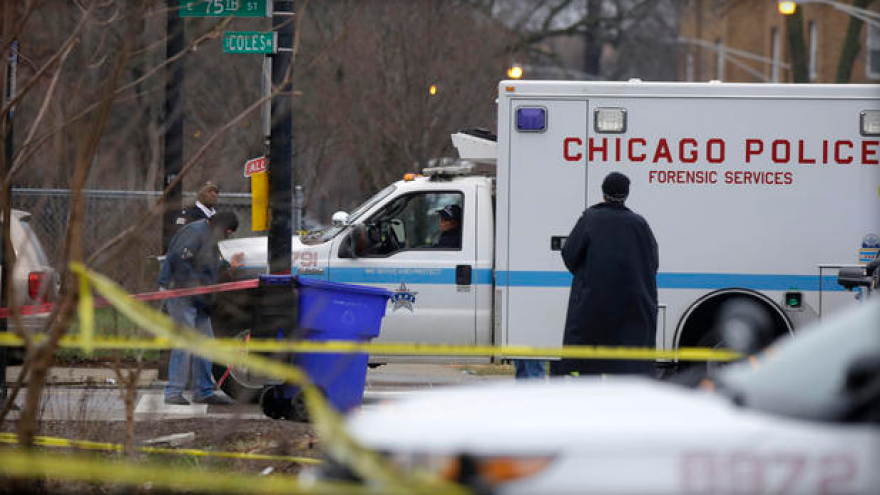 (CBSChicago) — Shootings are down by 14 percent this year compared to the first six months of 2016, according to Chicago Police statistics.

As of Friday night, 1,752 people had been shot in the city during the first half of this year, leaving 309 dead, according to data maintained by the Chicago Sun-Times.

In a statement issued early Saturday, the police department touted June as the fourth straight month with a reduction in shootings compared to the same time last year. It ended with 396 people shot, 74 fatally, Sun-Times data shows.

“All of us who love this city were saddened and sickened with the level of violence last year, as shootings and murders spiked on the South and West sides,” CPD Supt. Eddie Johnson said in the statement. “Over the first six months of 2017 we have implemented a smart policing strategy that is showing early signs of progress.”

Two-thirds of police districts have seen a reduction in shootings or stayed at the same level as last year, police said.

CPD First Deputy Supt. Kevin Navarro detailed the drop in shootings late Saturday morning in Greektown, near where, just hours earlier, officers arrested a man who pulled a gun during an argument with others.

Earlier this year, the department deployed more ShotSpotter gunfire detectors and “Strategic Decision Support Centers” in five police districts, including in Englewood and Harrison districts, two of the areas hardest hit by violence in the city.

So far this year, shootings have fallen by about a third in those districts — a decline that was five times larger than districts without the so-called “intel nerve centers,” according to police.

“The early results from this evidence-based, data-driven approach have even impressed some of the old-timers in the police department,” Johnson said.

Navarro said that while “we still have a lot of work ahead of us,” the early returns on investments in “smart policing” were encouraging.

“While we’re certainly not taking a victory lap, it’s a step in the right direction for our city,” Navarro said.

On Friday, CPD officials announced a new gun strike force with ATF agents and Illinois State Police. The department also unveiled a mobile ballistics lab that it has on loan from the ATF through July.