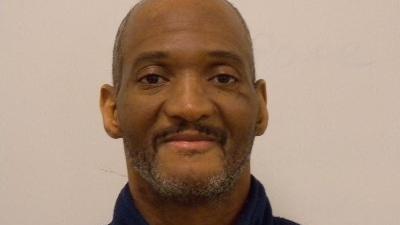 At Mark Rogers' rural Wheatland home, the signs in the front yard say it all: "No Violent Sexual Predators".

"It's 75 feet from my house, that they're trying to place a sex offender."

That offender is 53-year-old Michael McGee, twice convicted of sexual assault, including the assault of a 10-year-old. According to Sheriff David Beth, the state's Department of Health Services chose the Kenosha County location for McGee, because there was no room in Racine County, where he lives.

"We're all on board with making sure Mr. McGee finds a safe place to go, but it's not in Kenosha," says Beth. "Find a place for him in Racine."

Sheriff Beth joined a handful of picketers outside Rogers' home Saturday, one day after he made headlines for questioning the honesty of DHS.

In a letter sent to every Sheriff in the state, Sheriff Beth writes "I have no faith DHS will be honest to any of our departments in the placement of Violent Sex Offenders."

Sheriff Beth says his department was told a different sex offender, classified as non-violent would be the one residing next to Rogers. That's when he says the state pulled a switch, without telling anyone involved.

"This is a major concern to the people of Kenosha," he says.

Rogers says he'll continue to fight the ruling. If McGee moves in, he says he'll have to move.