She Inspired Monuments and Died in Obscurity 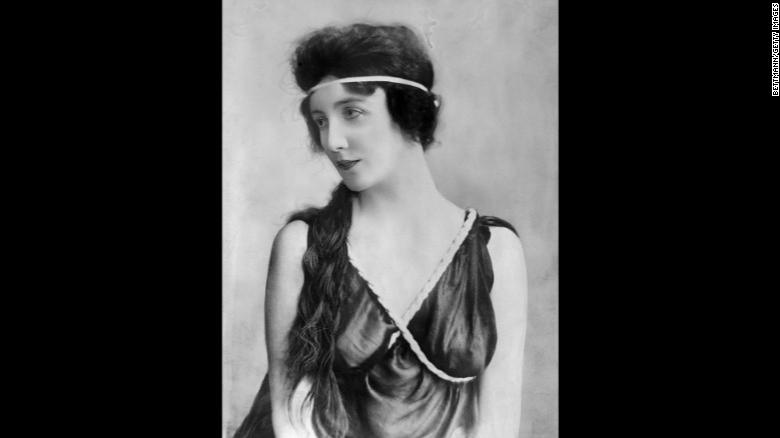 (CNN) Millions of Americans know her without knowing they know her, and walk daily beneath her silent gaze.

Audrey Munson inspired many of America's most famous monuments. Sculptors of the Gilded Age, beguiled by the beauty known as "the world's most perfectly formed woman," chose her as their model for statues that grace public buildings, bridges, fountains and mansions to this day -- including monuments to war and peace, to women, to memory and even to firefighters.

Munson lived to the age of 104 and only died in 1996, but the woman who was once America's most famous model is virtually unknown today.

Born in Rochester, New York, on June 8, 1891, Munson went to New York to become a chorus girl at age 17 and was discovered while window-shopping on Fifth Avenue by a photographer who introduced her to his artist friends. The sculptors of the time felt she embodied the "classical ideal" of beauty.

Munson was the model for a dozen public statues still standing in New York and for many other sculptures across America. Her gilded form stands 25 feet high as "Civic Fame" atop the Municipal Building across from City Hall, the second largest female figure in New York after the Statue of Liberty.

Munson stands again on the Maine Monument in Columbus Circle, a tribute to the USS Maine battleship sunk in Havana harbor in 1898.

On the Upper West Side of Manhattan, she is the pensive figure of "Memory" on the Straus Memorial erected to commemorate the co-founder of Macy's department store, Isidor Straus, and his wife, Ida. They died on the Titanic; Ida left a lifeboat to stay by her husband's side.

Only a few blocks away, Munson appears once again on the Firemen's Memorial to "New York's Bravest."

In Atlanta, Munson represents the "Triumph of Peace" on the Peace Monument in Piedmont Park. And she can be seen from coast-to-coast, from Jacksonville, Florida, to San Francisco, from Cambridge, Massachusetts, to Madison, Wisconsin.

Sadly, this woman who inspired so many monuments has no monument of her own. A monument would honor the model's, indeed every model's, contribution to the work of art.

A worthy sculpture commemorating this contradictory woman, who was at once both innocent and brave, pioneering and reactionary, would turn the old memorials inside out and make us look at all her statues with fresh and educated eyes.

After becoming America's first naked movie star in"Inspiration" (1915), Munson suffered a psychological collapse and disappeared from public life. She was suspected of being the "other woman" in a high-profile murder case when her doctor beat his wife to death with a hammer, and then hung himself in his prison cell.

For a decade, she lived as a recluse with her mother on a farm outside the hamlet of Mexico, New York, on the shore of Lake Ontario.

She tried to commit suicide by drinking poison as she descended into paranoia, anti-Semitism, and madness.

Then on her 40th birthday, her mother got a judge to commit her to a mental asylum, where she remained an astounding 65 years until her death.

Spurned by her family, Munson had no visitors for decades. When she died, her remains were cremated as official rules required and her ashes buried in an unmarked grave.

I visited the remote cemetery in New Haven, New York, while writing my biography of Munson. Her final resting place, next to her father, was identified only by a temporary grave marker with the wrong birthdate.

Now, local historians and family members plan to lay a simple flat gravestone for Munson at the cemetery on June 8, the 125th anniversary of her birth.

It is not enough. The woman who graces so many monuments to other people deserves an artistic monument of her own.

Barry Popik, a New York city historian who rediscovered Munson's role as a muse for the Gilded Age, has been campaigning for years to get her put on a U.S. postage stamp.

New York Post columnist Seth Lipsky recently argued that Munson should get more attention in our day. And that may be happening.

The New York City Opera announced last week it had commissioned Tobias Picker to compose an opera on Munson, the "American Venus," for its 75th anniversary season in 2019.

Her only surviving film "Purity" (1916), in which she appears nude, was screened last year at the British Museum in London. A famous abstract painting that is arguably based on Munson, "Udnie. (Young American Girl; Dance)" of 1915 by Francis Picabia, the first modernist artist to come to America, will be put on show in the fall at the Museum of Modern Art in New York.

Who will be the artist today who can follow in such illustrious footsteps and design a fitting memorial for the model of so many monuments?