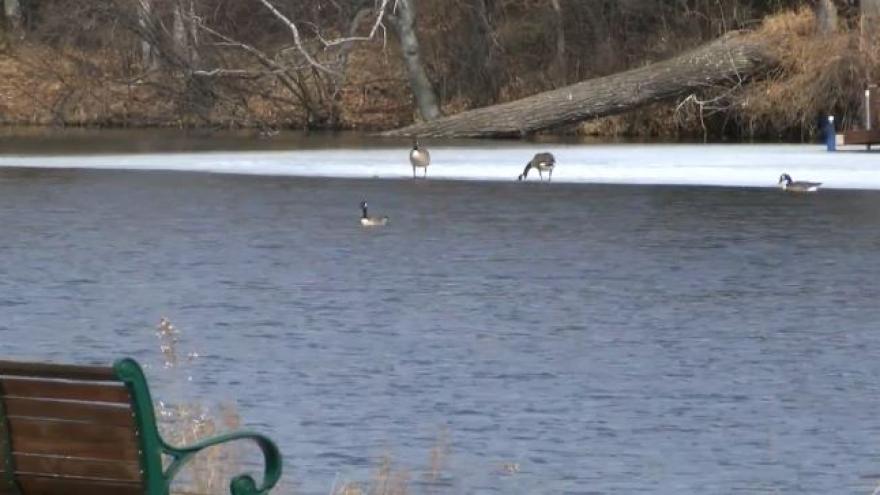 SHAWANO, Wis. (WFRV) -- Many in Shawano say they have seen their fair share of geese and what they leave behind.

"You used to hear that term for a long, long time--'loose as a goose," said Glen Gilbert, a long-time Shawano resident. "But boy, after you see them, you really understand."

Geese are living in all their glory in Shawano, and that glory has a good chance of finding itself on the bottom of your shoe.

Goose populations have exploded at Huckleberry Harbor and Smalley Park with hundreds between the two, depending on the season.

"Then, you realize just how much ten to fifteen geese poop," said Gilbert.

The birds are capable of dropping two pounds of waste per bird.

Gilbert says he has seen as many as 200 geese near his home on the Wolf River.

The city's parks and recreation department has hunted for an answer, trying predatory decoys and straight-up bothering them, but those offered only brief breaks from the birds.

Gilbert's installed a wire fence around his home and, when that failed, he got creative.

"I bought a drone last year just with the idea of maybe I can use that to try and chase the geese away," said Gilbert.

Ultimately, nothing solved the problem.

The Shawano Parks and Recreation Department says the birds interfere with boaters, swimmers--really anyone using the Wolf River.

The city currently plans to euthanize a couple hundred of the birds by way of a 'roundup' tactic... which has seen success in many parts of Wisconsin, including Madison.

"It's an emotional hot-button for a lot of people that say, 'Oh, look at that. The geese look so lovely--but they don't have to live with them. Exactly."

Before going through with the plan, city management wants to know what you think. There will be a public discussion held at Shawano's City Hall on April 4th.

Otherwise, the 'roundup' plan is scheduled for some time in June.