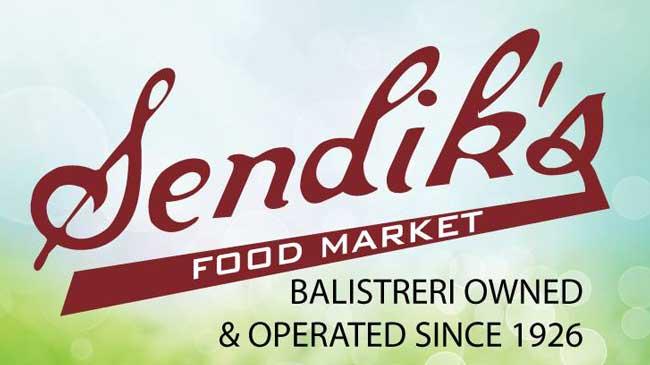 April marks a milestone for Sendik’s, as Milwaukee’s largest family owned and operated grocer celebrates 90 years. With 13 locations and counting, the store known for its signature red bags, personal customer service and Wisconsin specialty foods has a future as bright as its rich past.

To celebrate Sendik’s 90th anniversary with the community, all Sendik’s locations will participate in a variety of specials from April 20 to May 3. Sendik’s will celebrate its Italian and Wisconsin heritage through a variety of deals on products following this theme. There will also be a giveaway trip to Italy and several Wisconsin destination trips as well. Scratch-off tickets with offers from vendors, gift cards and other deals will be at every location.

“We are excited to celebrate this accomplishment with the community, and as always, look forward to more milestones and celebrations of food and family,” says Ted Balistreri, family co-owner.

Throughout the two-week celebration, special events will also take place in stores, including visits from the Klement’s Racing Sausages, Wisconsin football star Mark Tauscher and more. For details on dates, times and locations, please visit sendiks.com/90years.

This March, Sendik’s opened its newest location in Brookfield on the corner of North Avenue and Lilly Road and continues to thrive in Milwaukee as the trusted, local grocer with a rich family history. The Sendik’s Balistreri family immigrated to Milwaukee from Sicily and began selling fruits and vegetables to the community. With a promise of integrity and personal service, the first store developed in 1926 and business flourished.

“Sendik’s is truly a family business, and as a family, this 90th anniversary is a milestone that I know would make our founding relatives smile,” Balistreri says. “We’re grateful for the overwhelming support Milwaukee customers have given us these 90 years, and every day, we try to reciprocate that positivity with unparalleled service and the highest-quality foods.”

Aside from expanding locations, Sendik’s is working toward sustainability and convenience at every existing store. This includes innovations such as Grind2Energy, the cutting-edge food waste disposal system, and Sendik’s Express, a way for busy shoppers to order groceries online for in-store pickup.

“We try to balance the traditional grocer values and promise of consistent quality with new modern technology and conveniences,” says Balistreri. “We may be 90 years old, but we function and grow as a business through innovation. We keep with the times.”

A new Sendik’s location broke ground April 11 on the east side of Miller Park Way in West Milwaukee between Mitchell and Burnham streets. Additional announced locations include Greendale, Hales Corners, and a second Brookfield store.