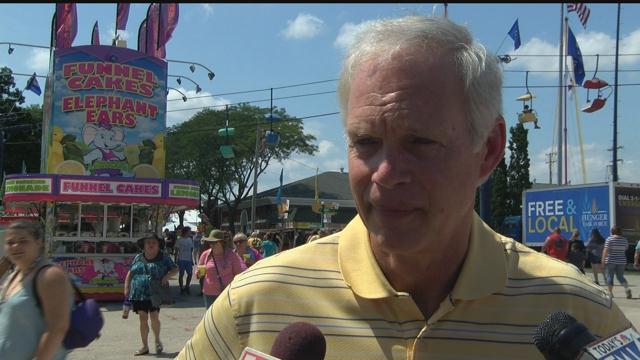 Governor Scott Walker won't be at the Trump event and neither will be Speaker Paul Ryan or Senator Ron Johnson.

In fact, our David Ade found out they will be on a different campaign trail together.

He joins us live in the newsroom with more on those plans.

Mike, Senator Johnson telling me that he will not be in Green Bay tomorrow because he will be holding rallies with Speaker Ryan in Kenosha and says he has other events tomorrow night.

"In these campaigns all these events get brought together so quickly and we've got our schedules already set. I'm a business guy, I honor commitments so I just couldn't make it up there,” said Johnson.

Johnson made it clear he wants trump to endorse Speaker Ryan and Ryan's house policy.

Johnson also said he wants trump to apologize to the Khans, the gold star family who spoke out against trump at the DNC Convention.