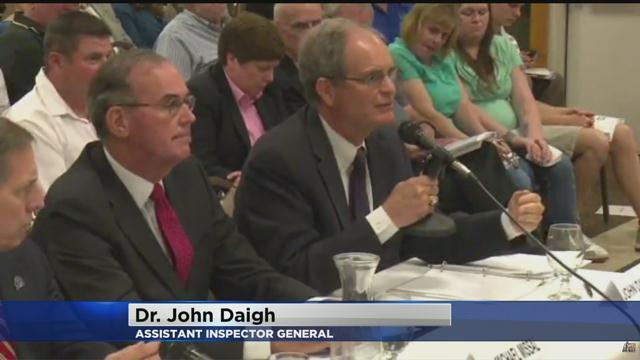 A report on the problems at the Tomah VA Medical Center has turned up systematic failures in an inspector general's review' of the facility.

The findings of the Senate Homeland Security and Governmental Affairs Committee released today, show the review ignored evidence and testimony.

That report is 359 pages long.

It claims that from at least 2007 until 2015, over prescription and quote abuse of authority led to the death of at least 2 veterans and the suicide of a staffer.

Today's hearing will look into the charges of painkillers and opioids being overprescribed.

It will also examine why these alleged problems were kept a secret.

Senator Ron Johnson says a 16 month investigation proves that problems at the VA were allowed to quote fester for so long that they resulted in multiple tragedies.

Dr. John Daigh is the assistant inspector general for health inspections with the VA.

Daigh's office opened its investigation into the Tomah VA a few years ago.

At today's hearing, he said he doesn't have enough evidence to prove all the claims against the hospital are true.

At the hearing earlier this morning VA officials said there were mistakes made and they are working to make sure they don't happen again.