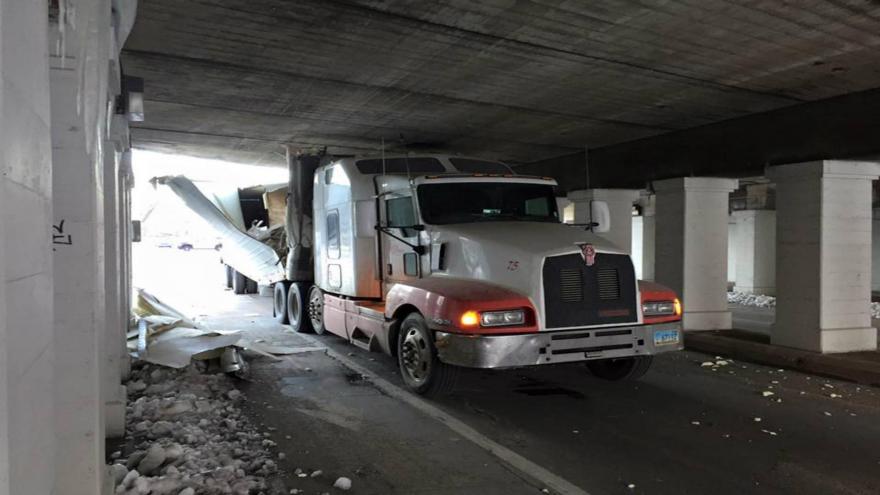 ORIGINAL: The first Monday of 2016 started out rough for one out-of-state truck driver. The driver tried to make it under the bridge at Florida and Barclay Streets in Milwaukee and got stuck.

Drivers traveling through Walker's Point during the morning commute had to go around the mess. Police had it blocked off while crews tried to clean up the debris and move out the semi.

There are signs on the bridge that state a clearance of 12'1". The semi has North Dakota license plates.