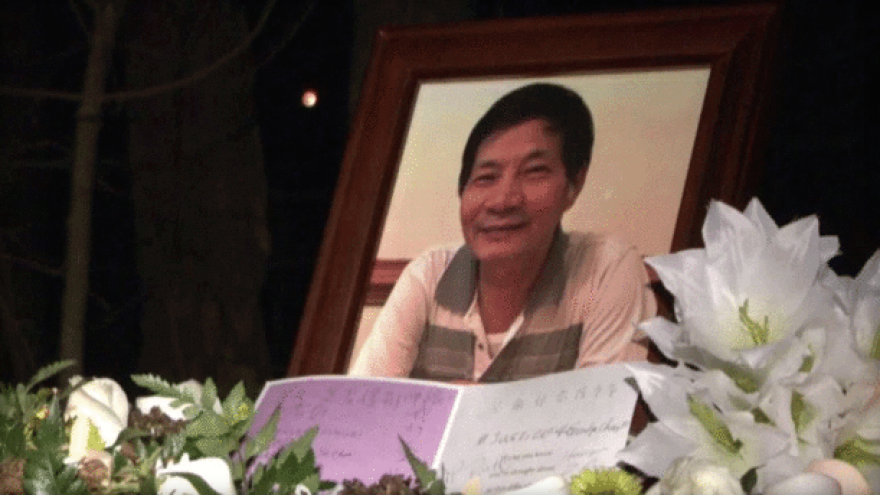 Johnathan Cromwell was arrested in January after police say he shot and killed Jiansheng Chen.

At the time of the incident, Cromwell was a security guard for the Chesapeake's Riverwalk neighborhood. Police say Cromwell admitted to shooting Chen first through the driver's side window of Chen's minivan and then sidestepping toward the front of the van while continuing to fire.

According to Cromwell's lawyer, the 22-year-old was acting in self-defense. They say Chen was trespassing in the area and drove his minivan toward Cromwell before five shots were fired.

The Virginian-Pilot reports that Chen was shot four times in the upper chest and once in the upper left arm. According to the newspaper, prosecutors said Cromwell stopped his vehicle in front of Chen's van, and Chen backed up to leave. Cromwell allegedly exited his car and said "stop" before he fired.

Cromwell had previously been charged with second-degree murder in the case.

"There's no ground for it. It was never done... as far as he didn't plan it. It just happened," said Ed Cromwell.

Court documents now list Cromwell with two charges, first-degree murder and use of a firearm in the commission of a felony.

Cromwell's attorney previously asked a judge to lessen the charge from second-degree murder, claiming the evidence showed Cromwell was justified in his actions of shooting Chen.

"We believe they're just trying to make an example of him," said Ed Cromwell.

In a statement, Wenren Chen, the victim's nephew, said:

Cromwell is scheduled to have a jury trial beginning September 26.