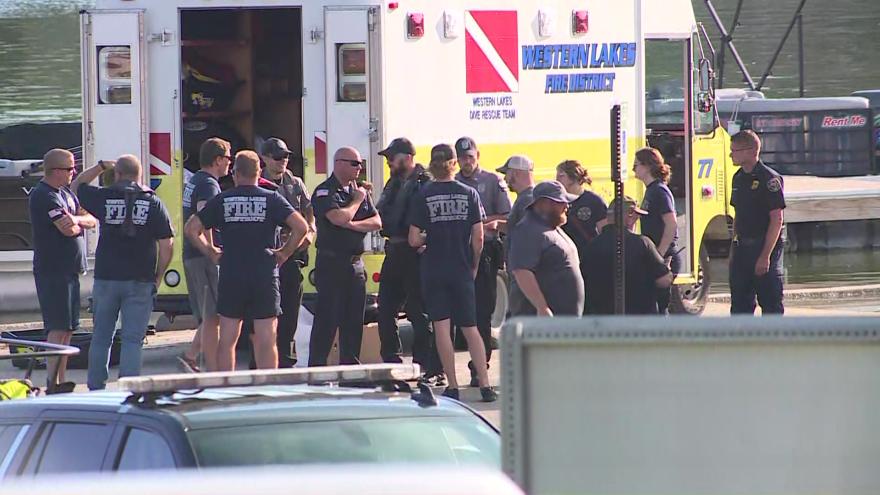 OCONOMOWOC, Wis. (CBS 58) -- Oconomowoc police reported that on Saturday, at approximately 10:30 a.m., the body of the missing swimmer was recovered in approximately 32-feet of water west of Blackhawk Drive.

According to police, witnesses said that on Thursday that a 32-year-old male from Milwaukee was on a pontoon boat with his family. The subject began swimming in the area north west of Islandale when he went under water and did not resurface.

According to Oconomowoc police, this incident remains under investigation.

The fire district says initial reports indicated that a male was swimming in the water in the area north of Islandale and south west of Buzzard Point on Lac La Belle.

Mutual aid dive teams and boats were requested to assist in the search, and units on scene utilized sonar, divers, submersible and aerial drones.

Rescue efforts were called off at 11 p.m. and resumed Friday morning.

"We're utilizing various sonar techniques and we've got some equipment in route to help with our search," said Lt. Drew Starch of Wisconsin DNR. "And right now the focus is trying to find the victim and giving that closure to his family."

"It's a very large area, the last known location is very broad and expansive, so we're having to cover a large part of the lake with our search," said Western Lakes Fire District Chief Brad Bowen. "This is a recovery effort to bring closure to the family, the community, you know, this is a tragic event for everyone."

The boat launch at City Beach in Oconomowoc is closed at this time and will remain closed until further notice.

Contributions to this story also made by: Jenna Wells
Share this article: