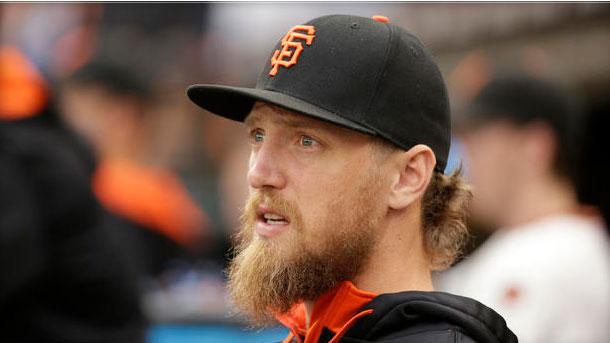 Foundation spokeswoman Jen Wilson said the burglars were caught on surveillance cameras as they also escaped with high-end backpacks, laptops, iPads and other items. The theft occurred Saturday night; no arrests have been made.

"It's confusing to think that would happen," said Pence in Milwaukee before the Giants-Brewers game on Monday. "There's a lot to celebrate with Make-A-Wish. All the kids that they've changed lives for. It's pretty uplifting. You never know what may come of something like that. In the grand scheme of things, it's going to work itself out."

Wilson said the thieves destroyed a couple door handles to access the office, which they ransacked.

"It's so creepy. Everyone's desk is gone through," she told CBS San Francisco.

The Make-A-Wish Foundation is a non-profit organization that last year arranged 400 wishes for San Francisco Bay Area children with life-threatening medical conditions. The wishes can be anything from a shopping spree or horseback riding lessons to a trip to Paris or a family vacation in Hawaii, Wilson said.

Last year, a foundation donor had paid $40,000 at an auction for the Major League Baseball player's scooter and dinner for four with him. The scooter was being stored at the foundation offices.

This was the second time the scooter has been stolen.

"There is a special place for those who steal from a charity," Wilson said.

A few years ago, it was stolen outside a San Francisco restaurant and returned to police and then Pence.

Pence donated the scooter to the city's Make-A-Wish Foundation "because he wanted to say thanks to Batkid for making the streets of San Francisco safer," Wilson said.

Being Batkid was a wish granted to 5-year-old cancer survivor Miles Scott in 2013.

Wilson said the recent theft will not deter their good works.

"We will continue to do everything we can to grant every eligible child's wish," she said. "But (the thieves) should think long and hard about all the families that will be affected by this because not only does a child get a wish but their entire family participates in the wish."