Schiff, Pelosi call on Nunes to recuse himself from House Russia investigation 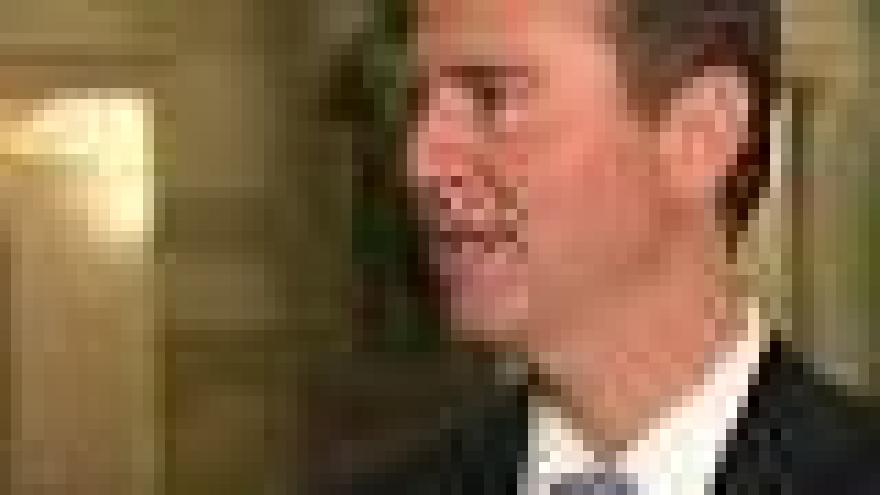 (CNN)House Democratic Leader Nancy Pelosi and Rep. Adam Schiff, the top Democrat on the House's Russia investigation, called on Intelligence Committee Chairman Devin Nunes to recuse himself from the investigation -- widening a stunning partisan split at the top of the chamber's investigation.

"The Chair of the House Intelligence has a serious responsibility to the Congress and to the country," Pelosi said in a statement to CNN Monday evening. "Chairman Nunes' discredited behavior has tarnished that office. (House) Speaker (Paul) Ryan must insist that Chairman Nunes at least recuse himself from the Trump-Russia investigation immediately. That leadership is long overdue."

Her request came a little more than an hour after Schiff requested Nunes' recusal.

"We've reached the point, after the events of this week, where it would be very difficult to maintain the credibility of the investigation if the chairman did not recuse himself from matters involving either the Trump campaign or the Trump transition team of which he was a member," Schiff told CNN on Monday. "The questions are profound enough that I think we need to move past it, and ideally that would mean the chairman ought to recuse himself, not only from the investigation involving potential coordination or collusion between the Trump campaign and the Russians, but also any oversight of minimization issues affecting the Trump transition since he was a member of that Trump transition team."

Pelosi and Schiff's requests Monday followed a meeting of the Democrats on the House Intelligence Committee, a panel typically seen as more above the political fray than other committees in the House.Ryan still supports Nunes, spokeswoman AshLee Strong said Monday, and will not ask him to recuse himself.

Nunes himself declined comment when CNN's Manu Raju asked him if he would recuse himself from the investigation.

The request for recusal marks a critical split between Schiff and Nunes, who had worked closely on the House investigation into ties between top aides to the campaign of President Donald Trump and Russian officials.

It comes just hours after CNN reported that Nunes visited the White House grounds one day before going to the President with evidence that his transition aides' communications were picked up in surveillance by US intelligence.

"This is not a recommendation I make lightly, as the chairman and I have worked together well for several years; and I take this step with the knowledge of the solemn responsibility we have on the Intelligence committee to provide oversight on all intelligence matters, not just to conduct the investigation," Schiff said Monday.

Nunes defended his handling of the investigation as well as his relationship to the White House during an interview with CNN's Wolf Blitzer Monday.

"The Congress has not been given this information, these documents, and that's the problem," Nunes said on CNN's "The Situation Room," explaining why he went to the White House. "This is Executive Branch."

"Actions taken by the chairman have compromised the investigation," Castro said. "Chairman Nunes at this point should recuse himself from this investigation."

He said Nunes, who was a member of Trump's transition team, was too invested in Trump's political agenda, and acting in a partisan way.

"I understand that for members of Congress, there is of course an inclination to help a President whose of your party," Castro said. "You simply can't do that. ... You have to be able to separate yourself from that."