Rodgers defends himself in Twitter exchange after Badgers win 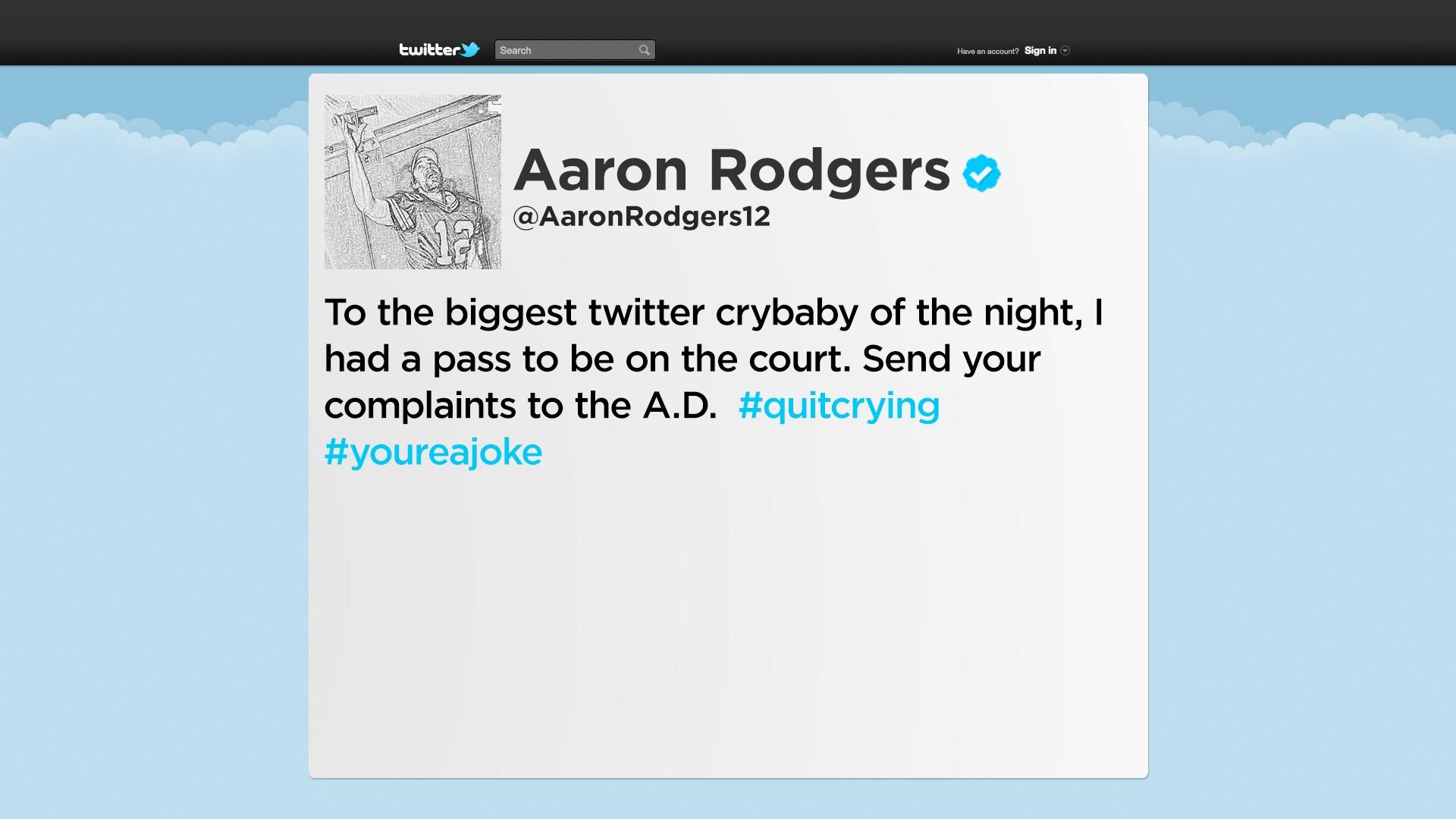 After the Wisconsin Badgers' win on Saturday night against Arizona, Aaron Rodgers was on the court to congratulate the team and that did not sit well with a national writer.

CBSsports.com writer Dennis Dodd, tweeted after the game 'Aaron Rodgers in one of the biggest moments in the state's history -- ignoring how media has shaped his image -- \"I'm not doing interviews\"'

\"Dear Wisco fan: If it was about the Badgers, then why was A Rodgers on court? Credentialed media only.\"

\"Here's the equivalent of what A Rodgers did today. I crash his wedding to Olivia because I'm a big \"fan.\"'

Rodgers didn't let this slide, he responded by writing \"To the biggest twitter crybaby of the night, I had a pass to be on the court. Send your complaints to the A.D.  #quitcrying #youreajoke\"

In another tweet, \"also with interview requests, sometimes the answer is yes and sometimes it's no.  I'm not there for u, I'm there to support my friends n UW.\"

The Packers' QB also explained that he doesn't wear red and he pulls for whatever team he wants.