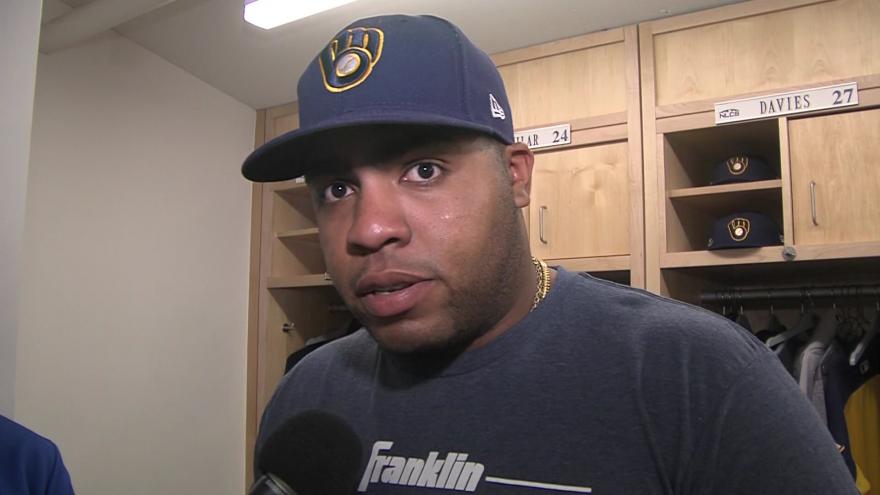 MILWAUKEE (AP) --The Milwaukee Brewers have traded slumping slugger Jesús Aguilar to the Tampa Bay Rays, a person familiar with the deal tells The Associated Press.

The Brewers are getting right-handed reliever Jake Faria, according to multiple reports.

First baseman Jesus Aguilar has been traded from the Milwaukee Brewers to the Tampa Bay Rays, sources tell ESPN.

Aguilar was an All-Star last year, hitting 35 home runs with 108 RBIs for the NL Central champion Brewers. But the 29-year-old first baseman got off to a slow start this season and eventually lost playing time.

Aguilar is hitting .225 with eight homers and 34 RBIs this year.