Report: Walker will not take a Cabinet position 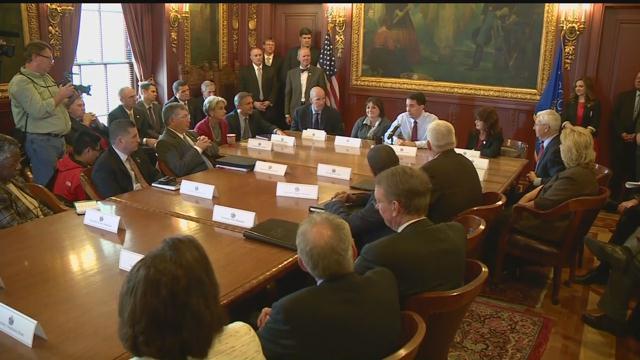 Now that he's out of the running Governor Scott Walker said he won't take a cabinet post if a Republican is elected president next year.

According to the Journal Sentinel, Walker made the comment during a call with donors Wednesday. The early front-runner for the GOP nomination dropped out earlier this week due to a lack of funding and falling poll numbers.

JSOnline also reports that while walker does plan to serve out his current term as governor.

He remains undecided on whether he will run for a third term in 2018.

Walker is scheduled to make his first public appearance since dropping out of the race this Friday in Beaver Dam.