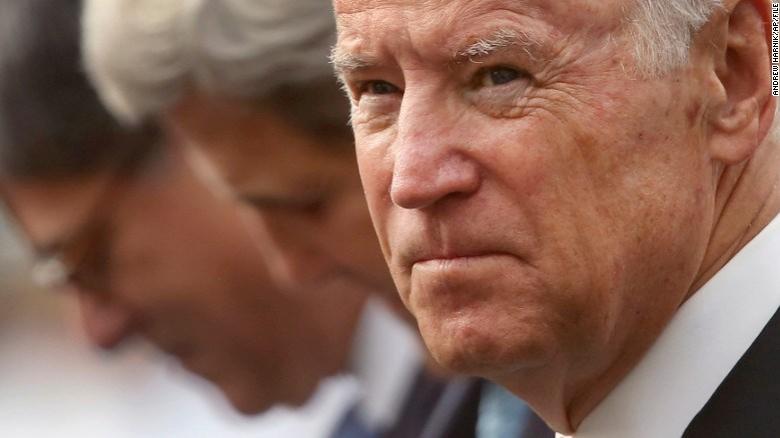 The consideration for the cabinet position Clinton once held could come as a surprise to Biden, who had yet to be told he was in the running, according to Politico, which first reported the news.

The vice president’s press secretary said there was “no comment from us at this time.”

Biden, who once contemplated running for the presidential nomination against Clinton, spoke with “Face the Nation” host John Dickerson Thursday about his plans after leaving his vice presidential post.

“I’m not going away,” Biden assured. “I’m, you know — everything from this issue of violence against women, to income inequality, to the cancer moonshot, I’m gonna devote the rest of my life to this.”

The cancer “moonshot” Biden referred to is a multi-million dollar White House initiative to search for a cancer cure. President Obama announced in January that Biden would head up the efforts, after he lost his 46-year-old son Beau Biden to brain cancer in May of 2015.

In his “Face the Nation” interview, Biden said he was still contemplating what to do after the end of his vice presidency.

On his last day in office, Biden said, “what I’m going to do is go home and begin to figure out what I do for the rest of my life.”

“I hope to be able to do the same things that I’m doing now, out of office,” he added.

Speculation over Clinton’s short list for the secretary of state position comes in the homestretch before Election Day, and just as the campaign is contending with the daily WikiLeaks release of hacked emails from campaign chair John Podesta — including a 2011 memo that seemed to show the Clintons profiting from deals with Clinton Foundation donors.

The campaign has declined to comment or verify the authenticity of individual emails in the document dumps.